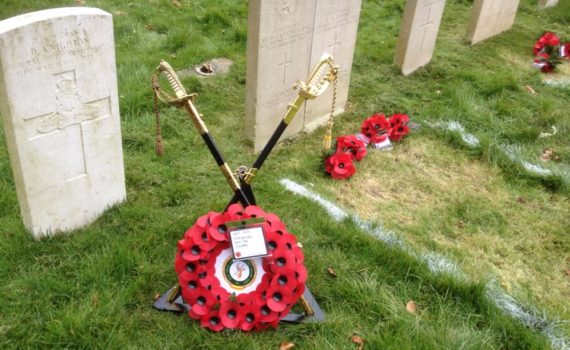 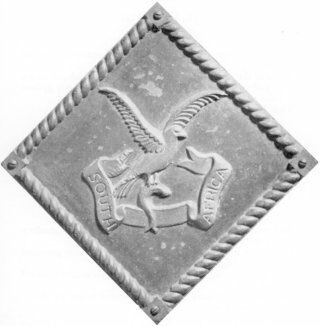 Badge of H.M.S.A.S. Southern Floe which was picked up in an Italian dugout in the Desert by a sergeant in the Royal Army Medical Corps during the North African Campaign. (SA Military History – http://samilitaryhistory.org/vol013hk.html)

HMSAS Southern Floe was sunk by a mine off Tobruk with the loss of 27 men, with 1 sole survivor, Stoker C J Jones

In 1941 – the HMSAS Southern Floe (Lt J E Lewis) and HMSAS Southern Sea arrived at Tobruk on 31 January 1941 to take over patrol duties from two of their two sister ships.

Although submarines were not a threat in the first six months of the Western Desert campaign, numerous floating mines pointed to the existence of extensive moored mine fields. Except for the sweeping of the narrow coastal traffic route and harbour entrances at this stage there had not yet been time to locate these fields with any accuracy, much less to clear them. The main duty of the two Southerns was alternately to patrol the nearest section of the swept channel and to escort shipping along it. The port at that time was subject to air raids, littered with sunken wrecks and possibly active ground-mines. On patrol, the duties were complicated by sandstorms that strong off-shore winds extended for many miles out to sea, resulting in low visibility, heavy cross-seas, and much discomfort to personnel. To these conditions were added the menace of the mine fields on one side and an ill-defined and unlighted coast on the other.

A relic of Southern Floe was brought to South Africa long after, in the form of a small brass ship’s badge, found amidst the other debris of battle 70 miles inland from Benghazi. Supposedly it had floated ashore, attached to a wooden fragment of the ship’s bridge, and been carried thence by an Italian souvenir-hunter.

After the war Stoker Jones, the sole survivor placed a memorial notice in the Cape Town newspapers. He continued to do this for many years until he also passed away. 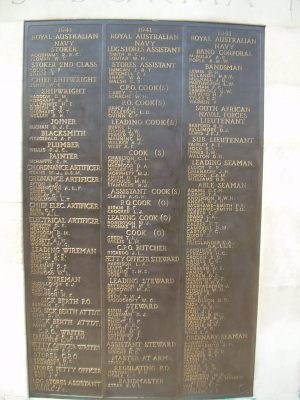