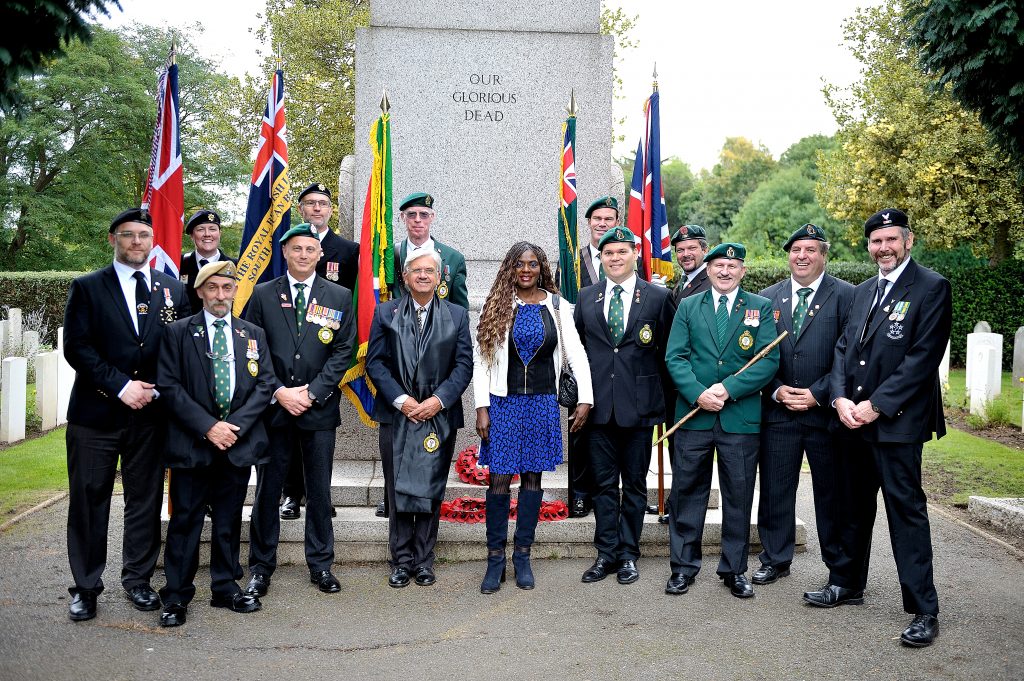 The inaugural parade was preceded by a dignified ceremony presided over by the Rev John McCabe in the cemetery chapel to dedicate the new flags of the SA Legion England Branch. South African Legionnaires were then joined in the parade and Act of Remembrance by representatives of the Royal British Legion (SA Branch), Royal British Legion (Gloucester), and M.O.T.H. (Gazala Shellhole). 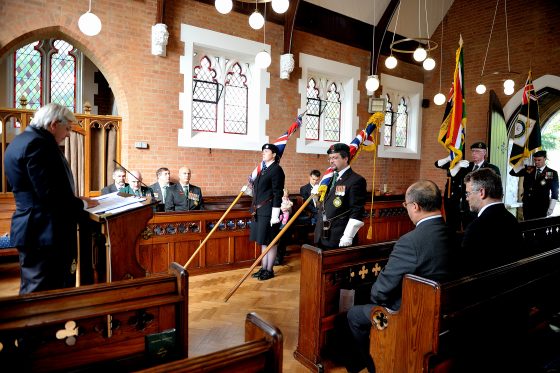 The ceremony in the cemetery chapel presided over by the Rev John McCabe to dedicate the new flags of the SA Legion England Branch. © Theo Fernandes / SA Legion UK & Europe

Guest of Honour was Councillor Margaret Buter, who represented the Borough of Richmond upon Thames. Councillor Buter told the SA Legion of a personal affinity with the memorial: She originally hails from Zambia where her grandfather served with the King’s African Rifles.

South African Legion England Branch Chairman, Lgr Claudio Chistè, said he was delighted at the success of this first parade, which has been a precursor to the Centenary of the Battle of Square Hill in 2018. “Today’s inaugural parade has already served to promote awareness of this important event in South African military history,” he said.

“It was an honour to be able to welcome Councillor Margaret Buter of the Borough of Richmond upon Thames, as well as so many representatives of other veterans’ organisations. As next year marks the centenary of the battle, we are already preparing to grow this annual event into one with full diplomatic and military representation. We also hope to reach out to descendants of those who fought and fell at the Battle of Square Hill, so watch this space.” 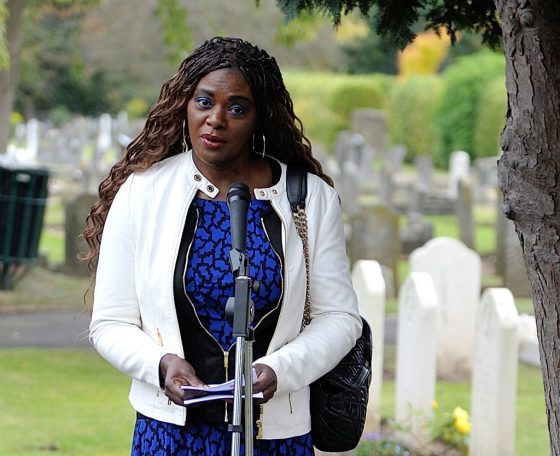 Wreath
Following the Act of Remembrance, a wreath was laid at the SA Cenotaph on behalf of the SA Legion by Lgr Iain Dunn, and a floral tribute was then laid by Shaun Kennedy of M.O.T.H. Gazala Shellhole at the grave of Natalie Opperman (1904-1988), Chairman of St. Dunstan’s (South Africa), and Knight in the Order of the the Star of South Africa (Civil) in acknowledgement for her life-long devotion to those blinded in the two World Wars. It is the highest civilian award in South Africa. 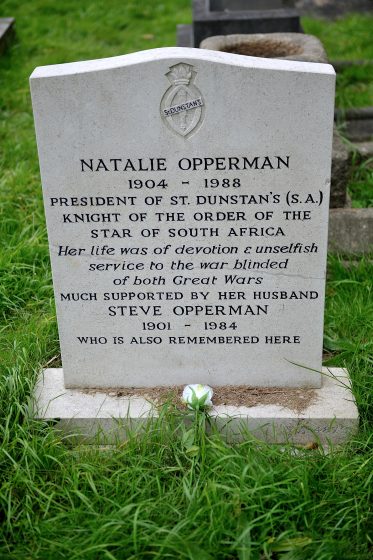 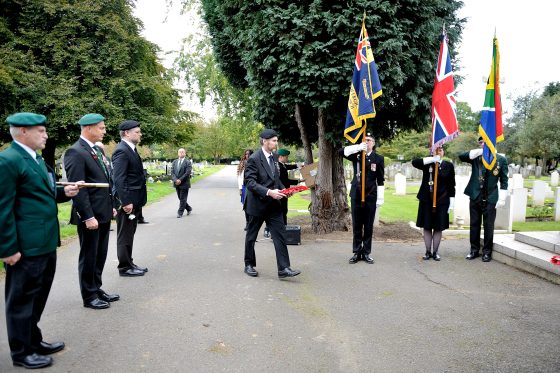 During the night of 18 September 1918 the 1st Cape Corps themselves had taken 181 prisoners. Having come under “fairly persistent counter-attack” they were said to have battled with bayonets in the ‘strictest silence’ and that they carried out orders implicitly”. 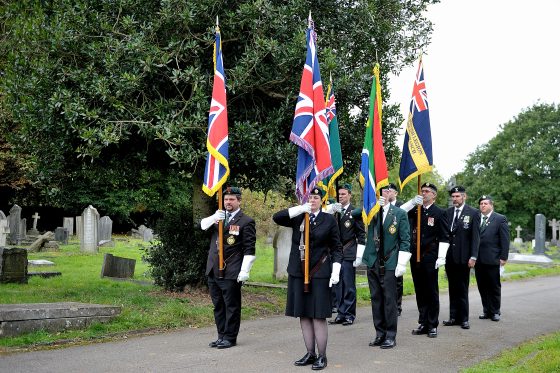 Monument
Following the war, a monument was built in Kimberley. The gun captured at Square Hill stands there still… but of similar monuments in Johannesburg and Cape Town, nothing but promises materialised. The annual Armistice Day/Remembrance Sunday parade at the Johannesburg cenotaph drew a large crowd of Cape Corps veterans and descendants for decades and was widely known as the Square Hill parade, but even that memory has now faded.

The battle on that night claimed the lives of L/Cpl S Visagie and Pte S Gobey. Further casualties the next day were Pte J Jonkers, Pte G Groep and Pte D Hahman.
As legionnaires we carry the flame of remembrance… 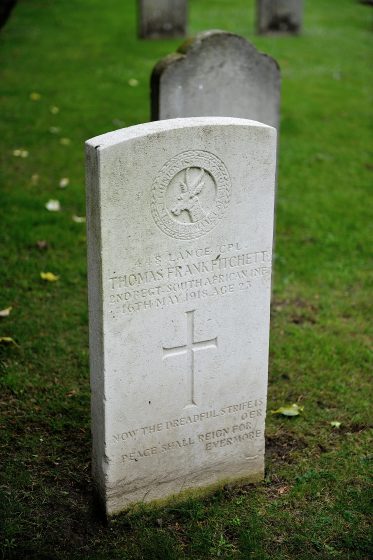 L/Cpl Thomas Fitchett
The horrors of the Great War are difficult for us to grasp in the modern era, an example of this is one of the men who lies in Richmond (see picture above).

L/Cpl Thomas Fitchett was wounded twice in 1916, again in 1917 and each time on being declared fit, he was returned to the front line. Then, sadly in 1918 he was severely wounded and he died from these wounds in the hospital a month later at the age of 23.

NOT FOR OURSELVES, BUT FOR OTHERS