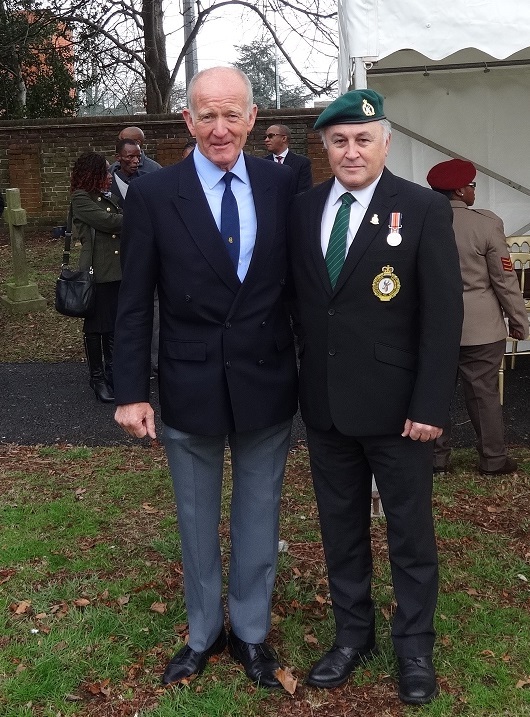 Martin Woodward found the SS Mendi in 1974 while systematically diving on all the wrecks off the south side of the island.

I immediately knew it was large steamship of good quality, and I identified the wreck by the crest ‘B&ASNC’  (British & African Steam Navigation Company) on a small crockery saucer I found on the wreck.

He continues the story: “There was a report of a small barge being in the area where I found Mendi, but that was misinformation in the old Hydrographic records… and the wreck I dived on turned out to be the Mendi.

I then went home and looked through my records and found the information on the loss of the Mendi, which was a shock as none of us knew about it… the story had obviously been covered up for WW1 propaganda reasons… i.e  that they did not want the British public to know about such a large loss of life as it would affect morale, and also give the enemy propaganda advantage.

Sadly, the other reasons were that it was largely black people who were lost, who, unjustifiably, had little value or standing in South Africa in those days. They did not get the recognition they deserved for coming to fight (with shovels and labour only) for Great Britain.

It is a sad, tragic and poignant story. You will have read most of the story in the books you have seen.

I kept the story alive as best as I could over the years, with various TV bits, articles, SA documentaries and Radio and newspaper features in the last 30 years plus.

We also had various wreath layings on the wreck in the 1990s with Norman Clothier (Author of ‘Black Valour’) and descendants of deceased, along with Zulu princes and other people.”

To commemorate the 100th year of the sinking of the SS Mendi, the England Chair of the SA Legion, Claudio Chiste, place a plaque on the wreck in 2017.