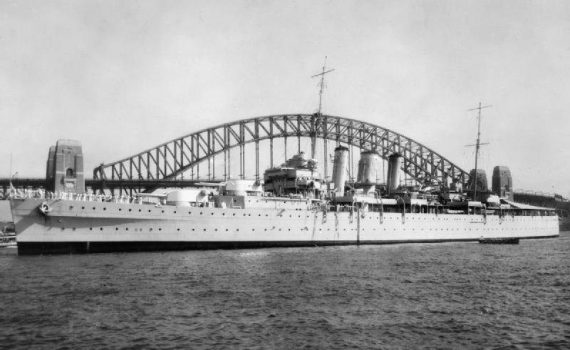 The Cruisers HMS Dorsetshire and HMS Cornwall were attacked and sunk on the 5th April 1942 by Japanese aircraft.

The ships were spotted by a reconnaissance aircraft from the heavy cruiser Tone, and subsequently attached by over 50 Val dive bombers. In less that 8 minutes HMS Dorsetshire had been hit by 10 bombs, and sank stern first after one bomb detonated a magazine.

The following day the cruiser Enterprise, accompanies by two destroyers Panther and Paladin rescued 1,122 men out of a combined crew of over 1,546. Among the casualties were 39 South Africans.

These two links provide an insight into the experiences of the crew:

The South Africans are honoured on the Plymouth Naval Memorial.