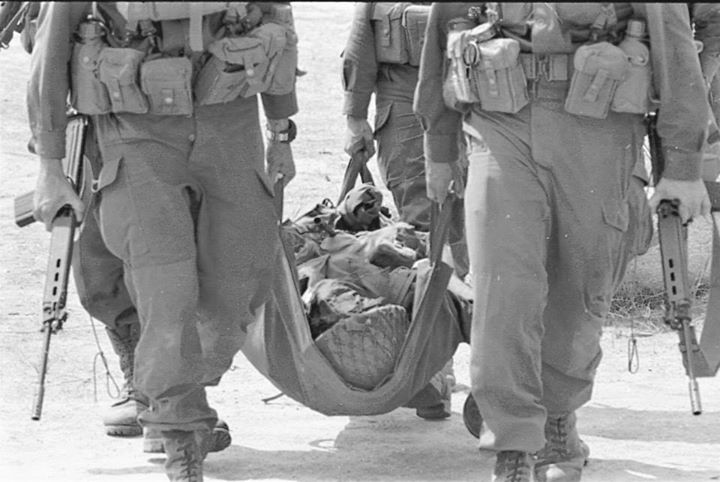 Today we especially remember the fallen from the Angolan/SWA Border War and the ‘Battle of Cassinga’ on the 4th May 1978 – in this very emotional picture we remember Rifleman Edward James Backhouse from 3 Parachute Battalion as he comes home.

There is an unwritten law to all servicemen – you don’t leave your buddies behind in a fire fight. Eddie was Killed in Action during the Battle of Cassinga. He was 22.

Let’s remember this fallen Airborne Brother, and all the scarifies made at the Battle of Cassinga.

As a mark of respect, especially due to the highly controversial circumstances that surrounded this action, lets remember the immense sacrifice and loss experienced by all who participated in this battle and not get into any political platforming, it will only serve to disrespect the fallen.

Thank you to Graham Du Toit for his on-going posts in digital social media to remember the fallen and for this image. Post for the SA Legion by Peter Dickens