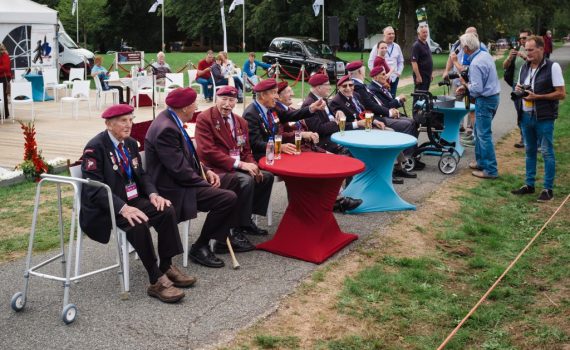 On Saturday 1 September 2018, the 72nd edition of the Airborne March (Airborne Wandeltocht) took place in Oosterbeek, the site of many of the Operation Market Garden airborne landings just to the west of Arnhem in the Netherlands. It is the largest one-day commemorative march in the world and has taken place yearly on the first Saturday of September, since 1947.

The Airborne March is organised to remember the Battle of Arnhem which took place in 1944 and this year, it was marched by 32,809 participants from more than 20 different nationalities, one of whom was Lgr Charlie Wessels, who participated wearing her South African Legion colours and representing the Europe Branch. It’s the third time she has participated. 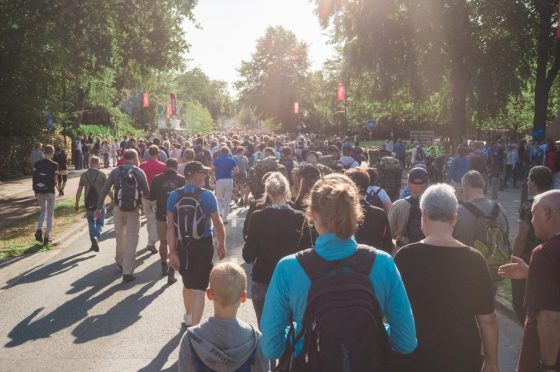 Participants represent all ages and backgrounds

The distances vary from 10 – 40 kilometres and the event is attended by people of all ages and backgrounds, including veterans, living relatives, soldiers, cadets and civilians, paying their respects. All routes start and end at the sports park Hartenstein in Oosterbeek.

The revenue from the march is used to enable veterans and their next of kin to come to the Netherlands and attend the commemorations in and around Arnhem. 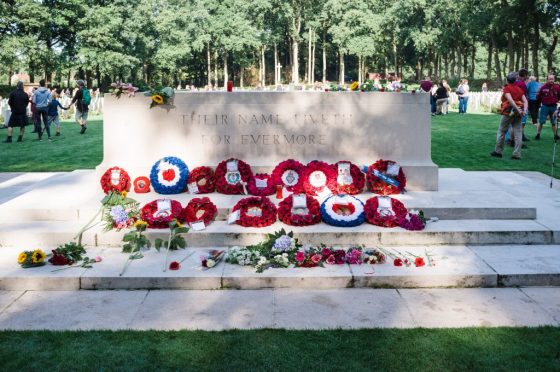 Wreaths laid at the Airborne Cemetery in Oosterbeek

The atmosphere during the whole day can only be described as incredible. Marchers form up and register in the sports park before being ‘lead out’ past the Airborne Museum by one of the more than 30 Music Corps, who take part in the event.

Along the route there are stands selling refreshments, volunteers who assist with First Aid and general morale along the way and marchers (from all walks of life who join in on foot or in wheelchairs) who freely chat with each other and who all end up feeling like your ‘Brothers in Arms’. 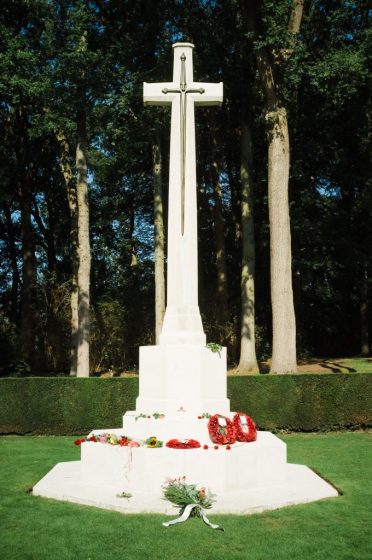 The marching routes lead past the most important wartime locations in Oosterbeek, including the Airborne Cemetery, where over 1,700 British and Polish soldiers are buried. As jovial as the march is along the way, the atmosphere once you enter the Airborne Cemetery is in stark contrast and changes to quiet and respectful.

The local population in Oosterbeek make a real effort to let all participants and visitors feel welcome. They decorate the streets and the Pegasus flag flies proudly on each mast outside the homes. They even provide for snacks and water along the route and sit outside their homes to cheer the marchers on.

The distance you choose to march and the weight you carry, are all down to personal choice, it’s not a competition.

Regardless how far you chose to march, marching up that final hill in Oosterbeek before entering the festivities of the high street, takes some gritting of teeth. The happy tunes from the Music Corps leading the marchers back through the gates to collect their medals at the sport park and the cheering of the crowds, are quite overwhelming. 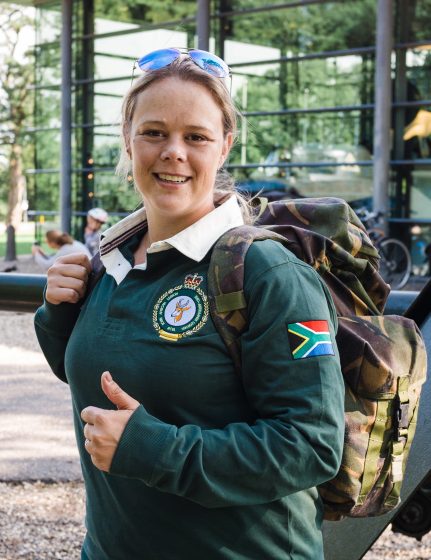 The author of this piece, Lgr Charlie Wessels
‘flying the flag’ for the SA Legion
at the Airborne Museum in Oosterbeek

As you approach the final part of the route… you march past the Airborne Museum and see the Para Veterans sitting in the front row with their beers, proudly looking on at the marchers by. Suddenly you realise again why you are there, taking part in this march and paying your respects. The pain from the weight of your bergen/daysack digging in to your shoulders and hips and the aching muscles of someone who has not tabbed (in far too long!!!) suddenly disappear… These veterans represent all of those… who gave their tomorrow… so that we could have our today…

Cheers to all who have taken part in this march over the past 72 years and especially, to those we are marching for.

We will remember them.