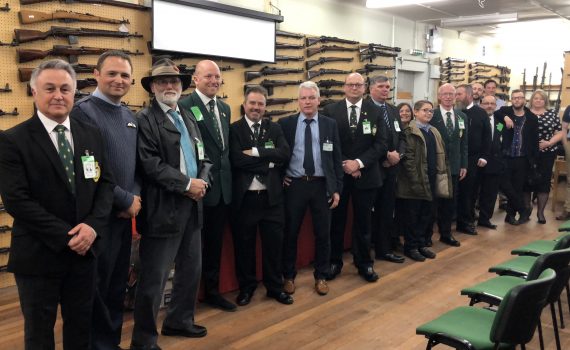 Wow what a day out it was! As everyone arrived, they were processed at Reception and taken off in groups to the coffee shop and then, with all 19 together, it was off to the AFV Wing where S.Sgt. Tony Martin was on hand to take us around the armoured fighting vehicles on view from across the world, explaining their history, strengths and weaknesses. This was followed by an explanation of the development of anti-tank ammunition developed in response to the continued improvements in armour, some of the characteristics of which were still on the secret list. For some, memories were invoked of the dark days of their youth spent in South African Ratels doing battle with T55s in Angola. 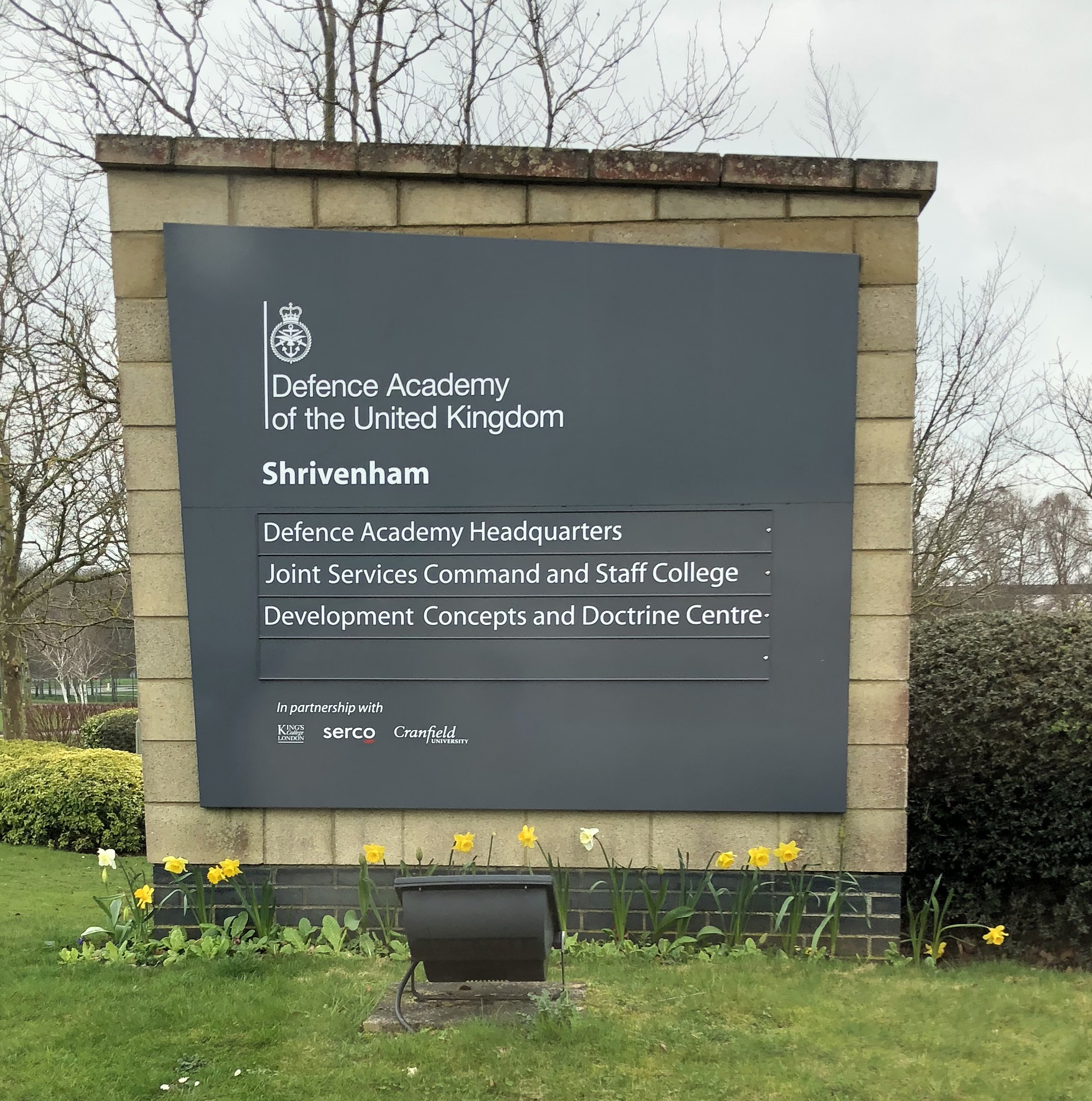 Next stop was the Artillery Hall to be shown examples of the development of guns from early muzzle-loading cannon to today’s sophisticated artillery able of striking to within 35m of targets up to 37km away, including an example of our own G4. Rob Rice couldn’t contain himself when he saw the 25-pounder, jumping into the gun-layers seat peeled back the years to his days in the Rhodesian Artillery during the Rhodesian Bush War. Rob Cooke is the artificer responsible for keeping all of these guns in working order and his enthusiasm was as infectious as his knowledge was deep.

Then it was on to the Light Weapons Armoury where Lt. Col. (Ret) John Starling regaled us with humorous stories of the development and deployment of small arms while demonstrating his encyclopaedic knowledge of the weapons and ammunition under his care. He voiced his disdain for some forces’ procurement officers whose criteria, it appeared, was based more on how sexy a weapon looked than how effective it would be in their operating environment. Then, like kids let loose in a sweet shop, we were invited to take down and handle any of the 1,000 or so weapons that filled the three rooms. Many made a beeline for the rifles we’d trained on back in the day and the expression of glee on Brian Parry’s face as he cradled an MAG was a delight to behold. 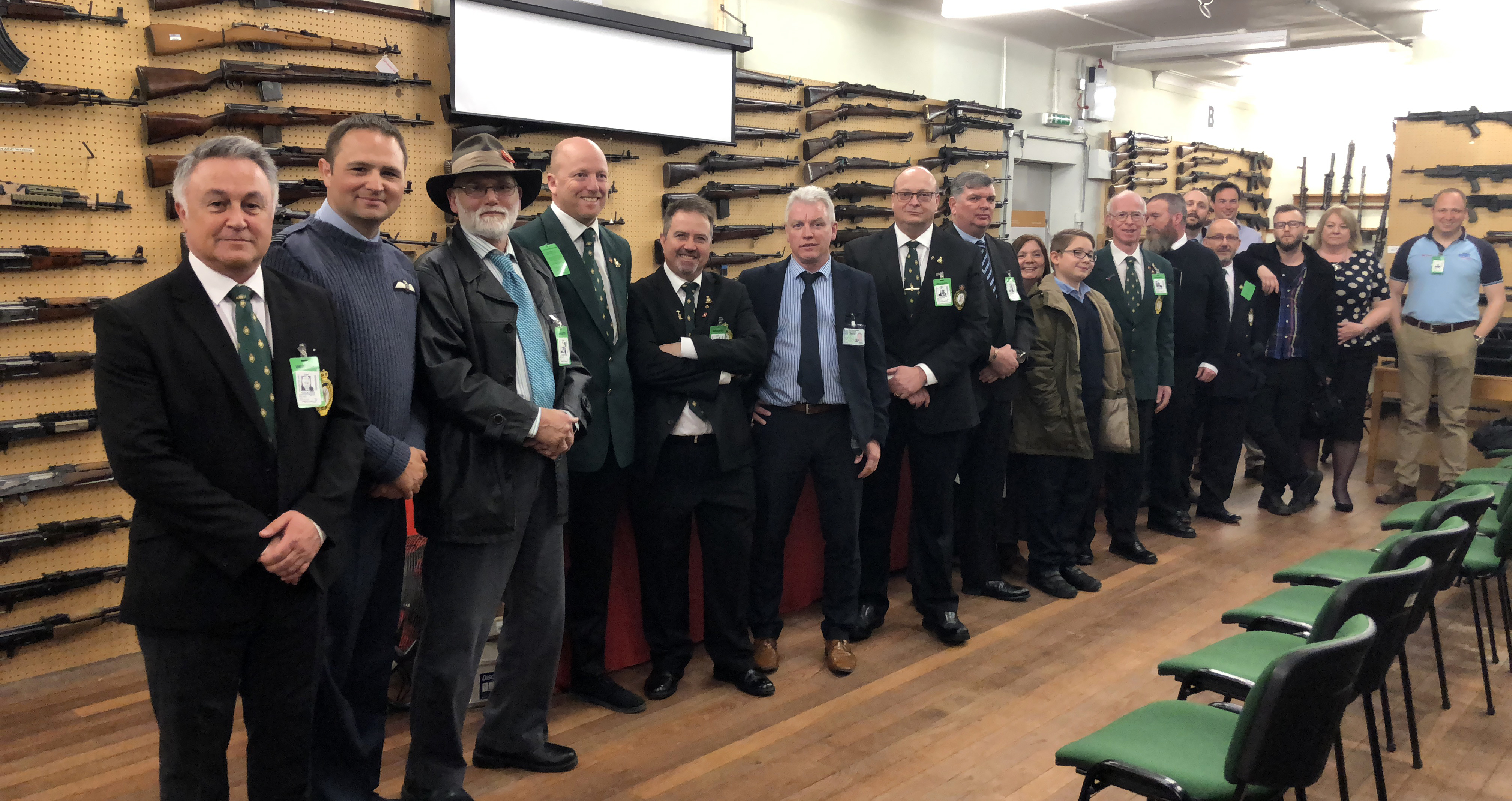 Time passed too quickly and lunch in the Officers Mess beckoned where we found that a three-star General and his entourage had occupied our table! Never mind, no-one was going to ask him to move, and we were soon settled behind an excellent lunch with conversation buzzing about what we’d seen and heard.

A memorable day for all in great company. Many thanks to our host, Flt. Lt. Max Lewis, for making this visit possible.