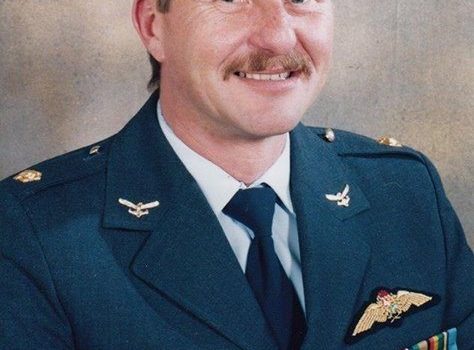 It is with deep regret that we announce the passing this morning of a true South African military hero – the highest decorated South African Defence Force member and the legend that was Major Arthur Walker HCG and bar SM. You will be missed by many in the veterans circles and beyond, may your family be embraced by the love and tender care of your heavenly father.

Major Arthur Walker HC and Bar SM was a South African military hero of which there will never be an equal, he was South African Air Force helicopter pilot who was awarded the Honoris Crux Gold decoration, not once – but twice, during the South African Border War.

The Honoris Crux Gold was the highest military award for bravery awarded to members of the South African Defence Force at that time – so his feat of obtaining two of them can never be repeated again.

He obtained his pilot’s wings in 1977 and flew for 7 Squadron, Rhodesian Air Force, before re-joining the South African Air Force in 1980.

“During January 1981, two Alouettes, with Lieutenant Walker as flight leader, carried out close air support operations resulting in the Alouettes coming under intense enemy artillery and anti-aircraft fire. He only withdrew when ordered to do so. Later Lieutenant Walker returned to the contact area to provide top cover for a Puma helicopter assigned to casualty evacuation. Again he was subject to heavy enemy anti-aircraft fire. During the withdrawal the second helicopter developed difficulties and called for assistance. Yet again Captain Walker returned to provide top cover, drawing virtually all the anti-aircraft fire to his Alouette. His courageous act prevented the loss of an Alouette and crew.

Lieutenant Walker’s actions were not only an outstanding display of professionalism, devotion to duty and courage, but also constitutes exceptional deeds of bravery under enemy fire and makes him a worthy recipient of the Honoris Crux Gold”

In December 1981 he was cited for landing in enemy territory to search for and rescue the crew of a helicopter that had been shot down.
An Alouette III of the SAAF

The citation for the Bar to his Honoris Crux Gold reads:

“During December 1981 Captain Walker was again requested to provide top cover for the evacuation of a seriously wounded soldier. On take-off with the evacuee his number two helicopter was hit and crash-landed. Without hesitation and with total disregard for his personal safety, Captain Walker landed near the wrecked helicopter and immediately searched for the crew. Eventually the situation became suicidal, compelling Captain Walker and his crew to withdraw. When he was airborne he spotted the missing crew and yet again, without hesitation and despite the fact that virtually all enemy fire was now [aimed] in his direction, he landed and lifted the crew to safety.

Through this courageous deed he prevented the loss of two men. His distinguished actions, devotion to duty and courage make him a credit to the South African Defence Force in general, the South African Air Force in particular and makes him a worthy recipient of the Bar to the Honoris Crux Gold”

Our most sincerest condolences to his family and friends in this very difficult time.

At the going down of the sun …we will remember him.