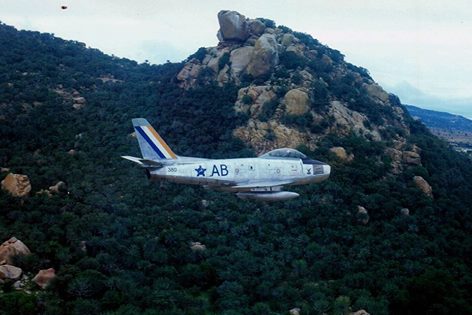 Never before published photograph of 11 Squadron Canadair CL-13B Sabre Mk VI 380 flying in the area between Potgietersrust and Pietersburg. Photo recently donated to the SAAF Museum. The photograph was most probably taken in the late 1960’s. Caption thanks and photo Grahame Du Toit and his on-going work.