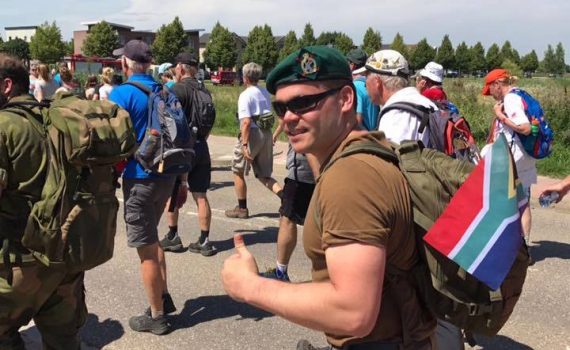 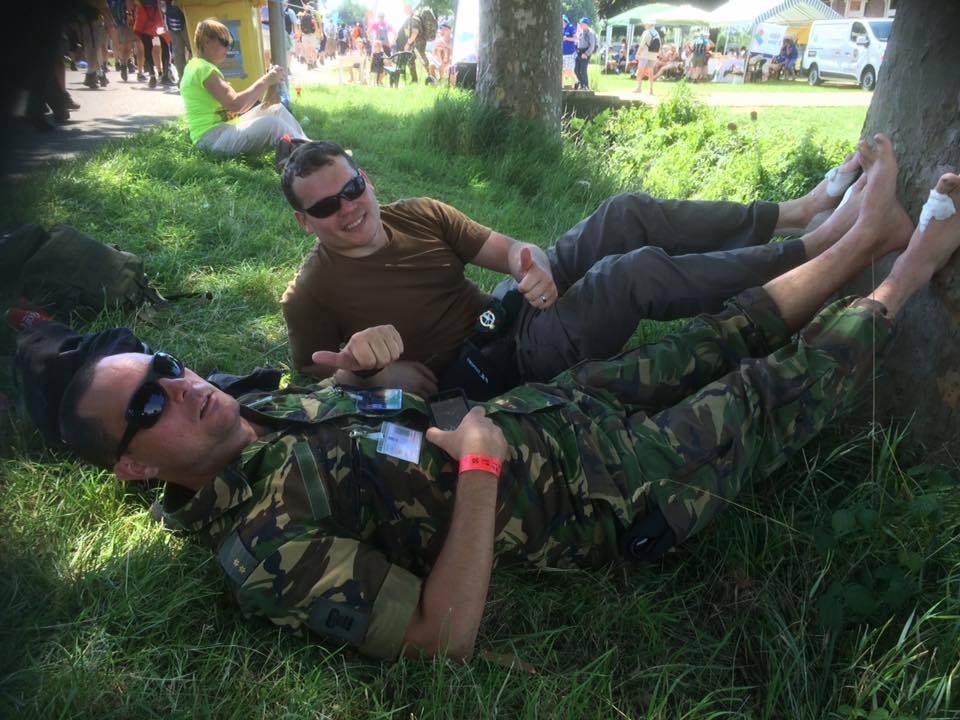 Each 10km there was a 15min break to rest the legs (elevate to promote blood circulation) and hydrate. Lgr Claudio Chiste`, alongside his marching partner Bob, an officer in the Dutch Army.Each day typically ended at circa 23:30 (bed time), with a 02:00 wake-up in order to have breakfast at 02:20 and be ready to leave camp fully kitted for 03:30 to be in time for the 04:00 marching start time (max 3 hours sleep for the four nights of the march). The event was well organised; despite the days which were either extremely hot or rainy proving challenging for participants, the local population helped keep spirits lifted with offerings of refreshments and the blaring sound of Dutch folk music. 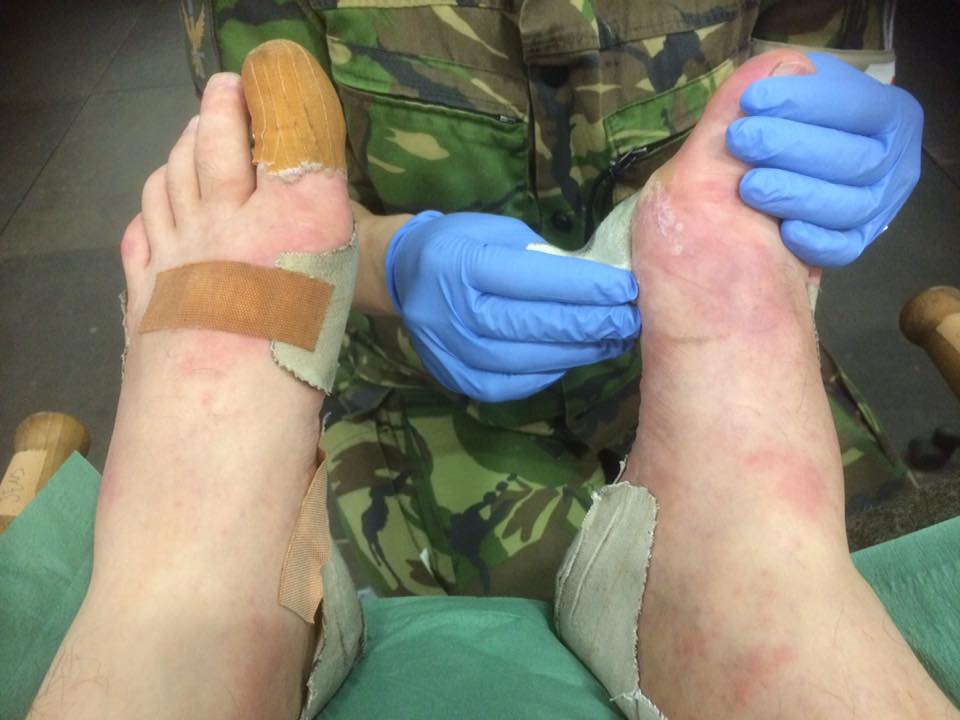 23:00 visit to the sick bay for the medics to treat the blisters. (After a day of solid rain on Day 3, 7 blisters suddenly appeared.) 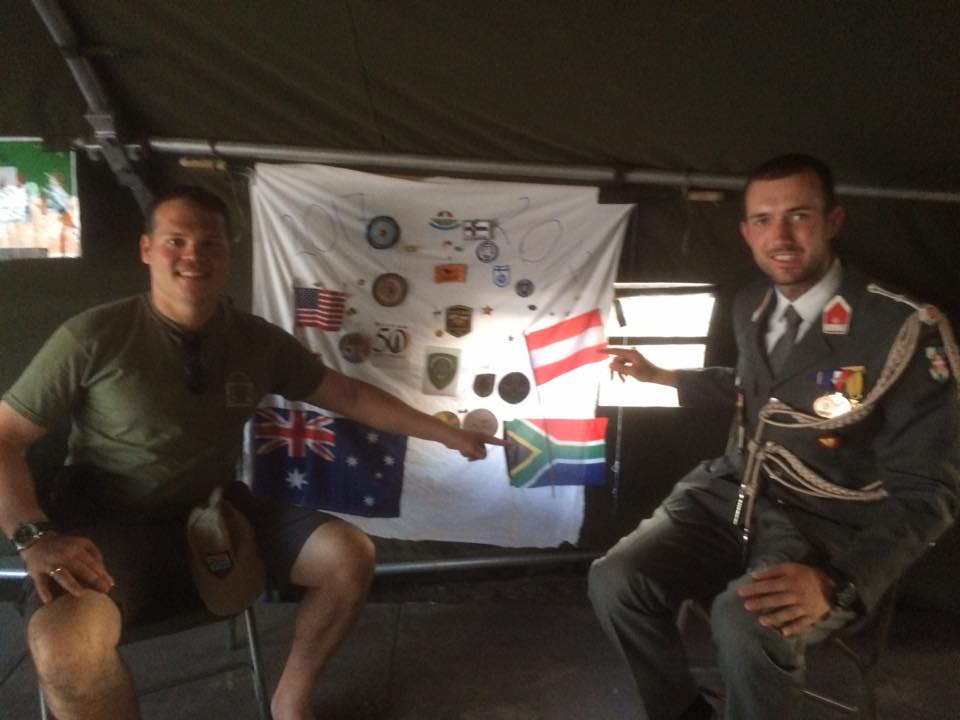 The South African national flag proudly adorns the “end of course” souvenir wall (alongside that of Austria, USA and Australia)