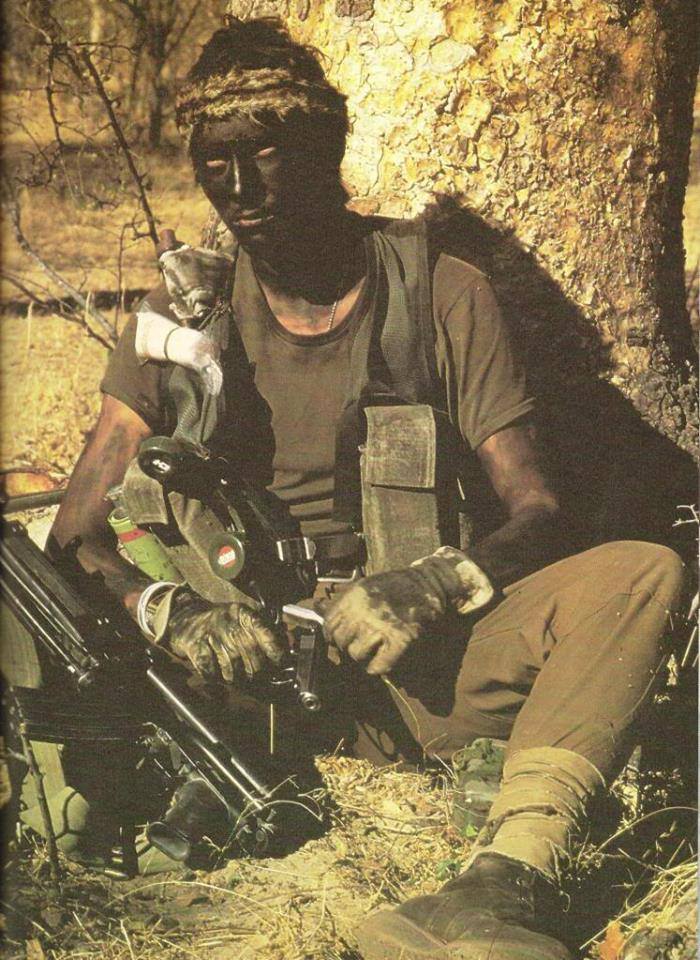 32 Battalion – controversial to this day – yes, but the fact still remains – it is considered to be one of the best fighting battalions the South African Army has ever fielded in battle and of that there is no doubt. This powerful image of Peter Williams from 32 Battalion is testament to its fighting nature.

32 Battalion was pivotal to the SADF successes during the Border War, but it came at a massive cost. Today 21 May is known in 32 Battalion and veteran circles as ‘Savate Day’ and known as such as the Battalion experienced its greatest loss on this day.

21 May 1980: A very sad day for 32 Battalion when 15 of their members were Killed in Action during heavy close-quarter fighting against a vastly numerically superior force of FAPLA and SWAPO troops in order to successfully neutralise an enemy base complex at Savate in Southern Angola during Operation Tiro a Tiro. Despite being heavily outnumbered by the enemy, this 32 Battalion element accounted for nearly 600 enemy troops killed with many more wounded and captured. This Operation was launched in support of UNITA Forces.

The 32 Battalion casualties were:

Lest we forget. Rest in Peace brave warriors.

Thank you to Graham Du Toit for the roll of honour and summary and to the 32 fraternity for the image.