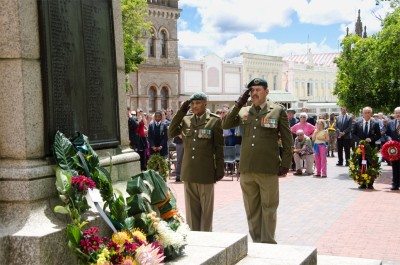 At approximately 05:00 on Monday, 11 November 1918, the Armistice was signed in a railway carriage of Marshall Foch’s special train at Rethondes, just outside Paris in the forest of Compiege on the Western Front. At 11:00 that day, the roar of guns ceased and peace and silence finally descended on the Western Front, ending the First World War.

November 11th became the Day of Remembrance internationally for all wars. The Red Poppy of Flanders was taken as the symbol of Remembrance from 1920.

Perhaps, the mere fact that throughout the international community and most definitely in the British Commonwealth, this Act of Homage is recognised annually on the second Sunday in November and at the symbolic eleventh hour of the eleventh day of the eleventh month (November). This invests the act of remembering with greater significance.

Annually, we are reminded of those who gave their lives for their country or cause…

“They shall grow not old as we that are left grow old,

age shall not weary them, nor the years condemn,

at the going down of the sun and in the morning,

we will remember them”.