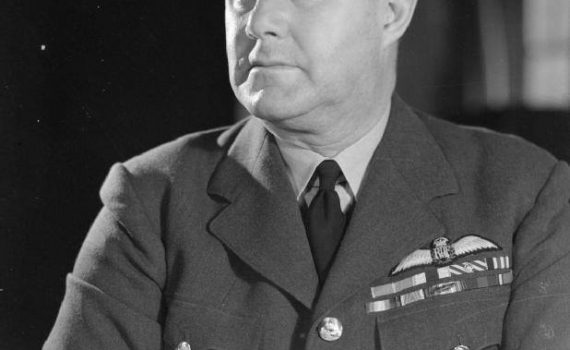 Johannesburg-born Hugh William Lumsden “Dingbat” Saunders was educated at the Marist Brothers college in Johannesburg. Upon the advent of the first world war, Saunders initially served with the Witwatersrand rifles and South African Horse, before transferring to the Royal Flying Corps in 1917.

During the Second World War, Saunders was appointed commanding officer of No. 11 Group, Fighter Command (1942-1944), and in 1945 was appointed Air-Marshal commanding the R.A.F. in Burma. After the war, Saunders went on to become Inspector-General of the R.A.F.(1949-1950), being promoted Air Chief Marshal in 1950. In 1951, Saunders assumed the mantle of Commander-in-Chief of the Air Forces in Western Europe.

Post for the South African Legion by Peter Dickens