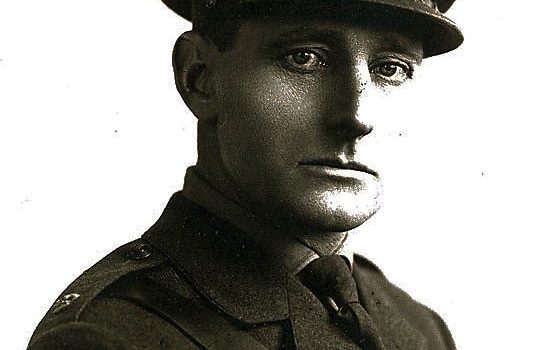 It is not sure when Richard came to South Africa, but he participated in the South African War 1899 – 1902 (Anglo Boer War) initially as a trooper in the 45th Irish Hunt Company of the Imperial Yeomanry where he was later promoted as a Non-Commissioned Officer (NCO).  In November 1901 Richard was commissioned as a Lieutenant in the 2nd Battalion of Kitchener’s Fighting Scouts.  1902 he was appointed as Superintendent Transvaal repatriation Department and on 31 March 1904 Richard, as a Lieutenant, appointed as Assistant Adjutant of the Transvaal Horse Artillery Volunteers.  On 01 July 1910 Richard was transferred to Transvaal Reserve of Officers and in 1914 he returned to the United Kingdom.

On 11 August 1914 Richard joined the North Irish Horse, Cavalry Special Reserve as a Lieutenant and soon to France where he participated in the first retreat from Moms’ in Belgium where he was mentioned in dispatched in the first dispatch of the war by Sir John French. In July 1915 Richard was attached to the North Somerset Yeomanry as a Temporary Major. For his action at Monchy-le-Preaux on 11 April 1915 Richard was awarded the Distinguish Service Order (DSO) and on 07 November 1917 he is mentioned in dispatches by Sir Douglas Haig.

Richard was promoted to Temporary Major in the Tank Corps on 18 January 1918 and in July 1918 he returned to the United Kingdom for a short while before returning to France, where over the period 08 to 10 August 1918 he participated in the action at Guillencourt during the Battle of Amiens in France.  For this he was awarded the Military Cross.

On 10 August 1918 Richard carried out a personal reconnaissance on behalf of the Cavalry and under heavy machine gun fire re-organized his tank crews. At the Battle of Albert in France on 21 August 1918 Richard assumed command when the Officer Commanding of the Light Tank Battalion was killed early in the attack.  For this he was awarded a Bar to his DSO.

During the British advance on 21 August 1918, the first day of the Battle of Albert, 6th Tank Battalion and 2nd Battalion The Suffolk Regiment, made for the railway running between the villages of Courcelles-le-Comte and Gomiecourt, north-west of Bapaume. It was foggy and the troops became disorientated. Acting Lieutenant Colonel R A West, 6th Tank Battalion, collected the men together and led the attack. After Bapaume had fallen to the British on the 29th, the British advanced on 2 September against the Germans east of Arras. At the southern end of this action, infantry and tanks attacked Vaulx Vraucourt, five miles north-east of Bapaume. West was killed while encouraging his men to withstand an enemy counter-attack near Lagnicourt, two miles to the east.

Citation: For most conspicuous bravery, leadership and sacrifice.  During an attack, the infantry having lost their bearings in the dense fog, this officer at once collected and re-organised any men he could find and led them to their objective in face of heavy machine-gun fire. Throughout the whole action he displayed the most utter disregard of danger, and the capture of the objective was in a great part due to his initiative and gallantry.

On a subsequent occasion it was intended that a battalion of light Tanks under the command of this officer should exploit the initial infantry and heavy Tank attack. He therefore went forward in order to keep in touch with the progress of the battle, and arrived at the front line when the enemy were in process of delivering a local counter-attack. The infantry battalion had suffered heavy officer casualties, and its flanks were exposed. Realising that there was a danger of the battalion giving way, he at once rode out in front of them under extremely heavy machine-gun and rifle fire and rallied the men. In spite of the fact that the enemy were close upon him he took charge of the situation and detailed non-commissioned officers to replace officer casualties. He then rode up and down in front of them in face of certain death, encouraging the men and calling to them “Stick it, men; show them fight; and for God’s sake put up a good fight”. He fell riddled by machine-gun bullets.

The magnificent bravery of this very gallant officer at the critical moment inspired the infantry to redouble efforts, and the hostile attack was defeated.

On 16 July 1909 Richard married Maude Ethel Cushing in Pretoria, Transvaal.  A daughter was born out of the marriage.

Richard is commemorated on his headstone in the Mory Abbey Military Cemetery in France, on the War Memorial and a plaque at Colebrooke Church, County Fermanagh, on the town War Memorial at St Ronan’s Church, Enniskillen, County Fermanagh, memorial in Belfast City Hall, portrait in the Royal Tank Museum, Bovington, Dorset and on the plaque in the Castle of Good Hope, Cape Town where South African awarded the Victoria Cross during World War 1 are commemorated.

The Victoria Cross and the Bar to his DSO was presented to his widow at Buckingham Palace on 15 February 1919 by King George V.  His Victoria Cross is held at the Tank Museum in Bovington.

Extract published with the kind permission of The VC and the GC, The Complete History, published by Methuen and The VC and GC Association in 2013.

Story for the South African Legion of Military Veterans by Lgr Charles Ross.