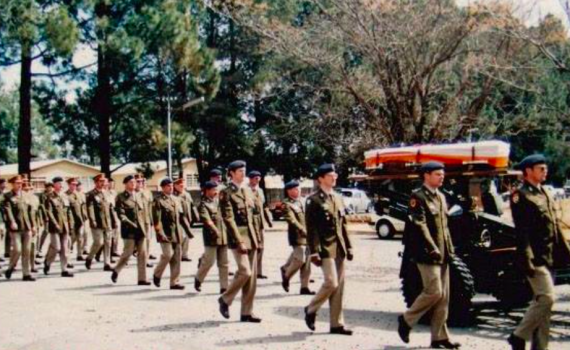 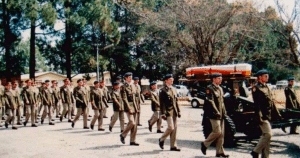 He was Killed in Action on the 3rd September 1987 in a 42 Squadron Atlas AM3-C Bosbok, Serial No 934 which was shot down by a Soviet SA-8 Gecko Surface-to-Air Missile South of Lomba river in Southern Angola during Ops Modular.

As the Artillery Observation Officer he was giving battery targetinginformation on the enemy when the Angolan brigades started launching SAM’s at the aircraft. A total of 17 missiles were launched against the aircraft and the Pilot, Lieutenant Richard Glynn successfully avoided three of the missiles before the aircraft was hit by a fourth missile.

Both the Pilot and Artillery Observation Officer were killed instantly in the explosion. SADF Ground Forces in the area successfully recovered the bodies of both crew.

Their sacrifice will be remembered. Thank you once again to Grahame Du Toit for his on-going work preserving this memory, the caption and photograph.