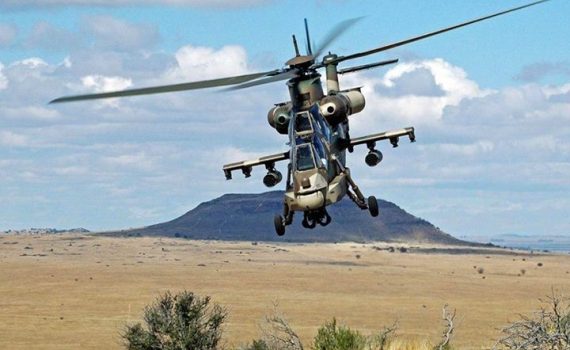 The Denel Rooivalk (previously designated AH-2 and CSH-2) is an attack helicopter manufactured by Denel of South Africa. Rooivalk is Afrikaans for “Red Kestrel”.

The South African Air Force (SAAF) ordered 12 Rooivalks, designated the Rooivalk Mk 1 in SAAF service, the first of was officially handed over in April 2011. The helicopters are flown by 16 Squadron, which is based at AFB Bloemspruit near Bloemfontein.