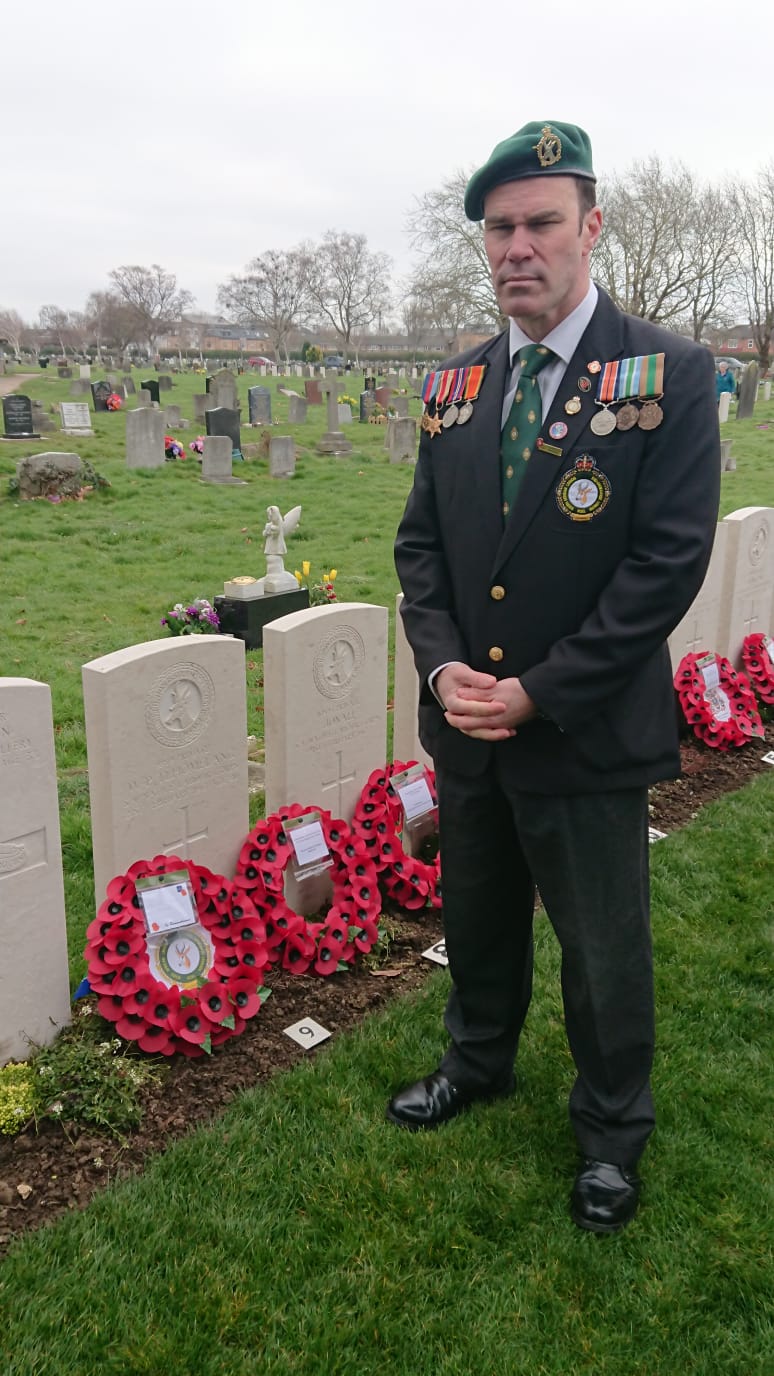 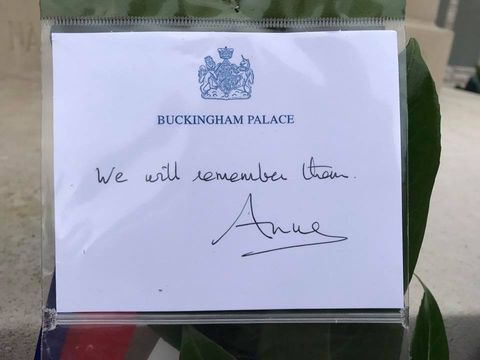 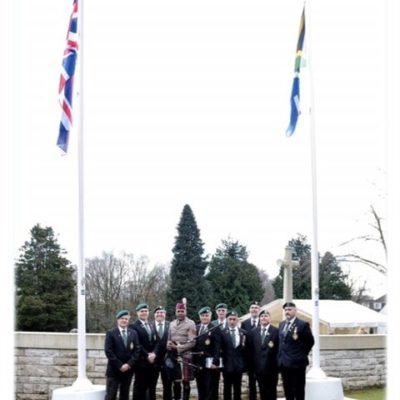 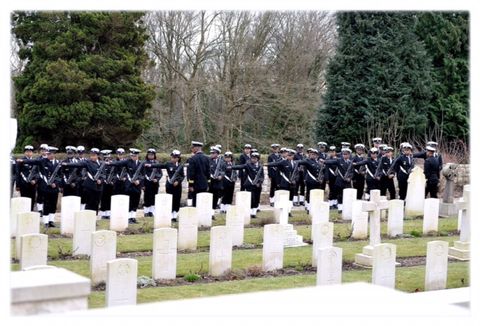 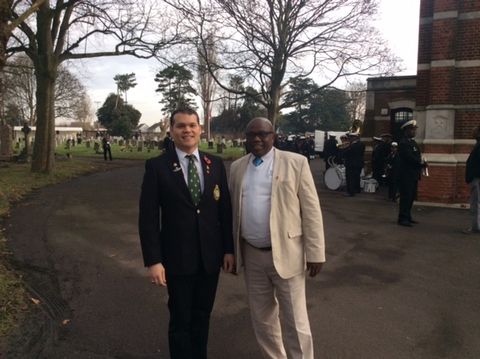 The centenary parade to mark the loss of the SS Mendi was held at Southampton’s Hollybrook Cemetery on the 20st of February. The site memorialises 2000 soldiers who died at sea and have no grave – that includes 600 of  the 616 casualties from the Mendi – fittingly honoured near the memorial to the great British WW1 soldier Field Marshal Horatio Kitchener.

Respect was also shown in the dignitaries from the host nation who attended -Minister in the Presidency Jeff Radebe was joined by the HRH Princess Royal, Princess Anne and her husband Vice-Admiral Sir Timothy Lawrence; the Chief of the South African Navy Vice-Admiral Mosiwa Hlongwane; and the Minister for the Middle East and Africa, Tobias Ellwood.

Ceremonial duties were performed by a guard of honour and band of the South African Navy while all four arms of service stood guard around the memorial cross.

In paying tribute Mr Radebe drew on the words of the South Africa poet SEK Mqhayi: “Somebody has to die, so that something can be built, somebody has to serve so that others can live.” The profound meaning in these words did not go unnoticed, touching an emotional chord amongst the entourage of descendents of the Mendi crew who were in attendance, amongst which was Siboniso Makaye, whose grandfather was one of the crew members, Private Ndabana Makaye. Siboniso’s own father died when he was only four, he had grown up hearing about his grandfather’s fate from his grandmother who had raised him.

“Africa is saying it is well with our souls for these heroes. Today Africa is here” are the words  of Navy chaplain Captain (Rev) Lulamile Ngesi, who paraphrased the words of a prominent American lawyer who lost four of his children when their ship sank.

Tribute to our heroes of the past, bond with the current

After paying tribute to heroes of ‘forgotten valour’, veterans enjoyed the chance to meet current serving members of the SANDF, who undertook the ceremonial duties during the centenary. To conclude this momentous day the opportunity granted to meet the Officer Commanding of the South African frigate, SAS AMATOLA, Captain Roux on board the ship in Portsmouth harbour.   Plaques were exchanged and stories swapped – a fitting end to an historic day of remembrance for those lost at sea.

It was encouraging to see the culmination of everyone’s effort in this auspicious moment, with the SA Legion playing a significant role in the build-up to this year’s centenary (since SA Legion initiated this memorial service at Hollybrook five years ago). This year, although not run by the Legion, the following Legionnaires contributed: Wreaths were laid by Mr Cameron Kirk Kinnear, Regional Chairman of the SA Legion UK & Europe at Hollybrook (with England Branch Chairman, Mr Claudio Chiste laying a wreath at Milton cemetery on the Friday). It is perhaps fitting that both are naval veterans and Cameron is a survivor of the sinking of the SAS PRESIDENT KRUGER (affectionately known as the “PK”).