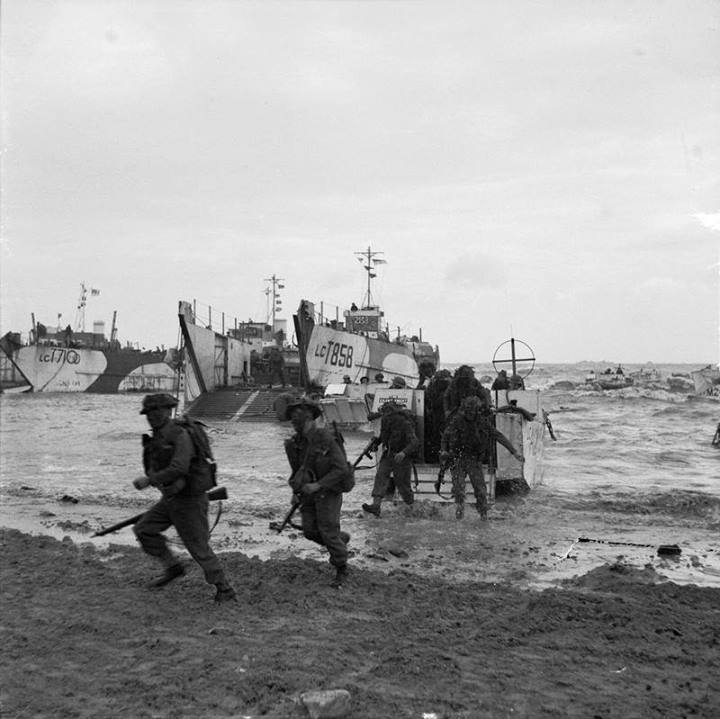 Remembering D Day and the extreme bravery of quite a number of South Africans who took part in it.

“Lieutenant Bircher was Officer Commanding Troops in a Landing Craft Tank known as a LCT(A) carrying part of his troop. The craft engines broke down and it was towed from a position off the Isle of Wight to the assault area by a LCT and a LCI. On 6th June 1944 when approaching the beach at Bernieres-sur-Mer these craft had to cast off the LCT(A) which was left drifting sideways in a strong tide about 150 yards from the beach. Although there was a heavy sea running and the beach was still under close range fire, Lieutenant Bircher, without hesitation plunged into the water and swam about 100 yards to the shore with the beach lines.

On arrival on the beach he secured the lines to some stakes, enabling his craft to beach, and disembarked his section of Centaur tanks. He subsequently led his section from the Canadian Sector in which he had landed into the sector of the 50th (N) Division to which he was attached although enemy opposition still persisted between the two sectors . Throughout the operation Lieutenant Bircher showed personal courage of the highest order and unflinching determination in the most adverse conditions to get his guns into action at the right time and place.”

This is pretty much the situation Lt Bircher would have found himself in with his unit of Royal Marines and their tanks in a LCT awaiting to disembark.