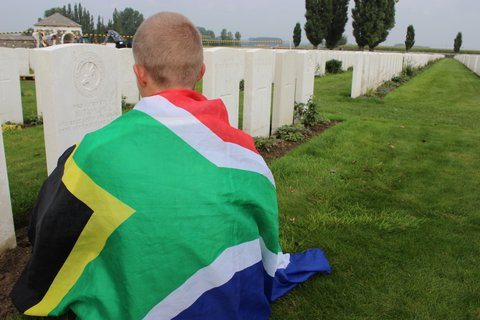 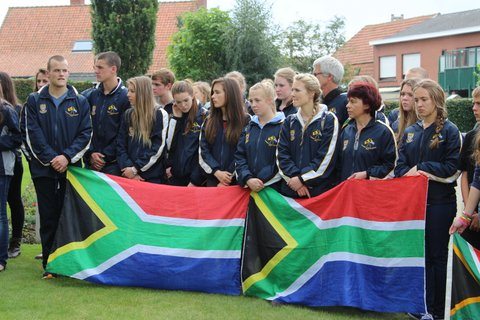 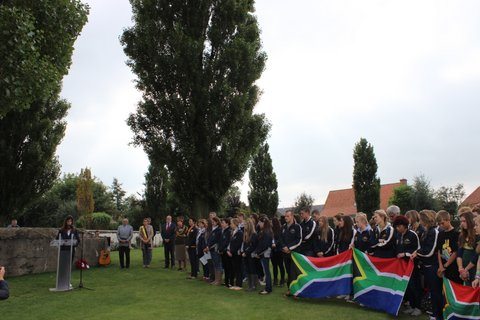 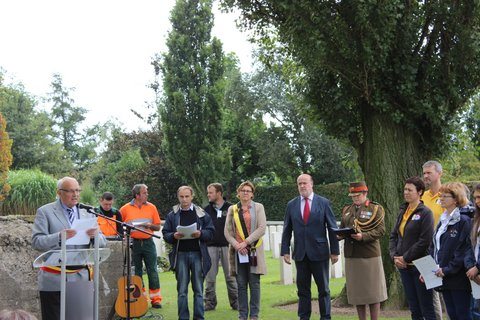 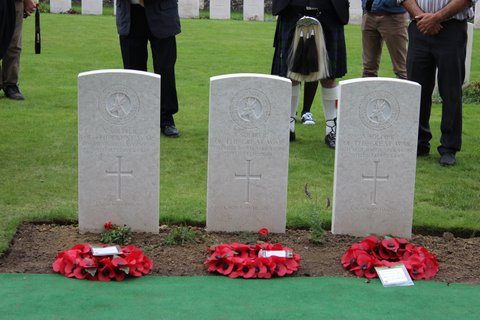 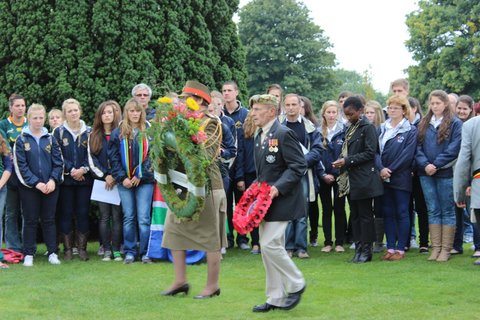 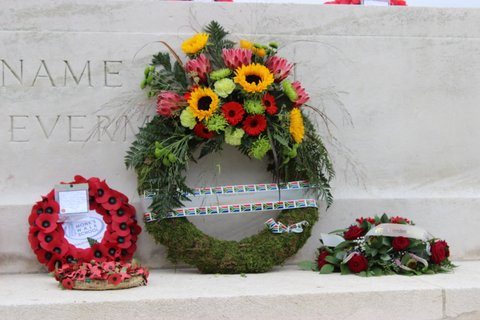 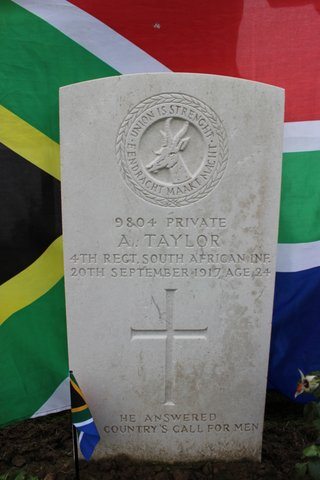 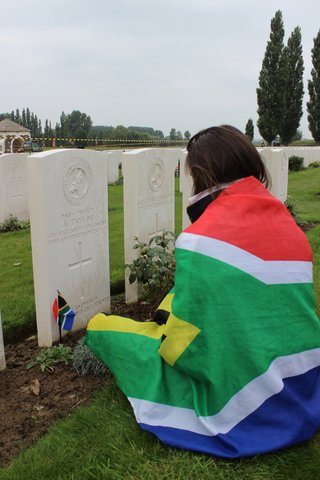 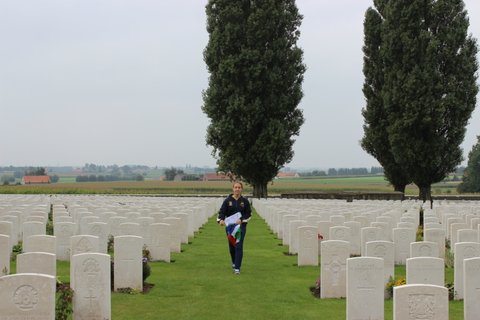 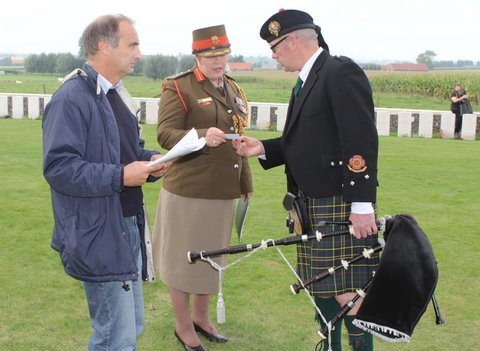 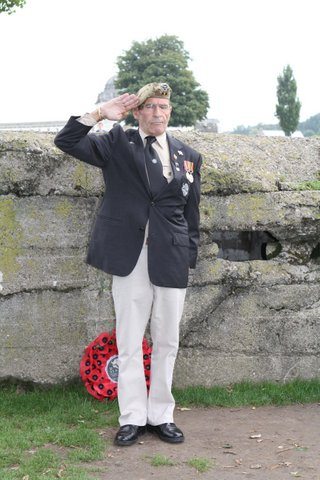 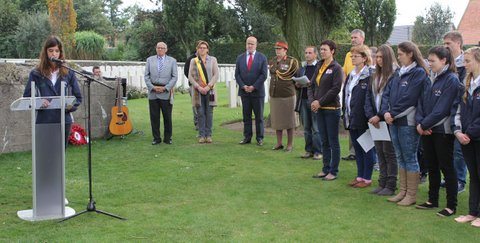 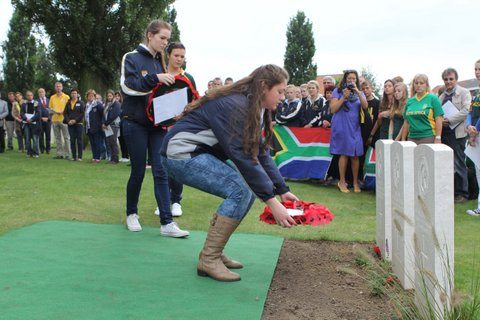 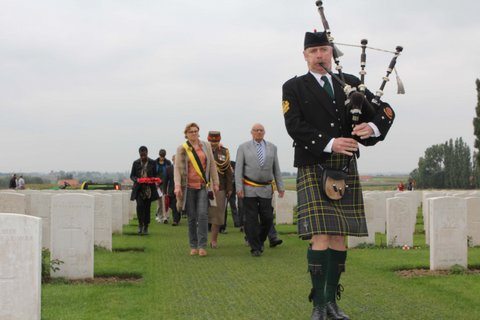 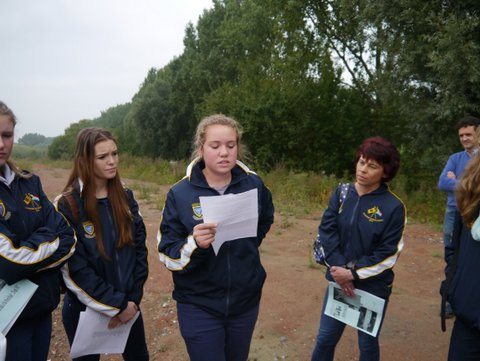 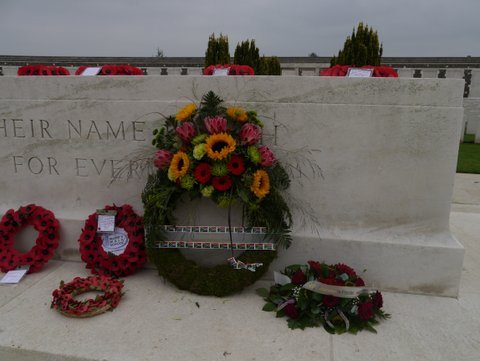 The gallery documents the visit.

On 23 Sept. 2011 the remains of 3 South African soldiers were exhumed from the grounds of brick factory Wienerberger at Zonnebeke, Belgium. They turned out to be men of the 4th regiment, SA Scottish, 1st SA Infantry Brigade. The soldiers died on 20 Sept. 1917 during Third Ypres. They were buried with full military honours on 9 July 2013.

Accompanied by a piper they told the personal stories of Captain McDonald and of boy soldier David Schalke Ross.

They then called out the names of all the known fallen South African soldiers at Tyne Cot.

After the ceremony they planted SA flags on every grave.

The three schools have an exchange program with three Belgium schools:

More images here, thanks to Jean Louis Maximilian Winand for the heads-up. http://www.lastpost.be/en/x/60/photos?album=433