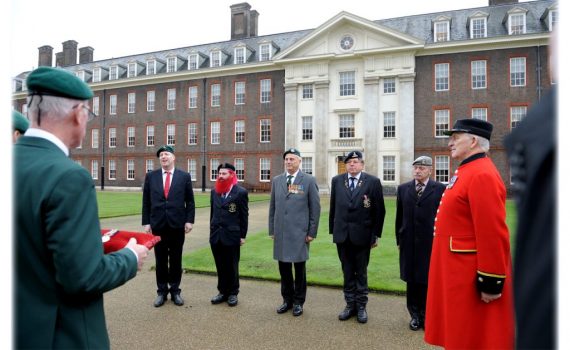 A small group of Legionnaires and Moths attended the Observance at the Carabiniers Memorial, Chelsea, on the first Sunday in December, hosted by the Royal Scots Dragoon Guards Association (RSDGA).

The day continued with a service in the prestigious chapel at the nearby Royal Hospital, Chelsea, home of the Chelsea Pensioners, followed by an excellent curry lunch. 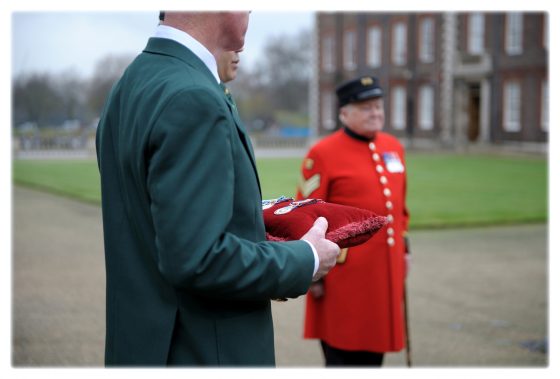 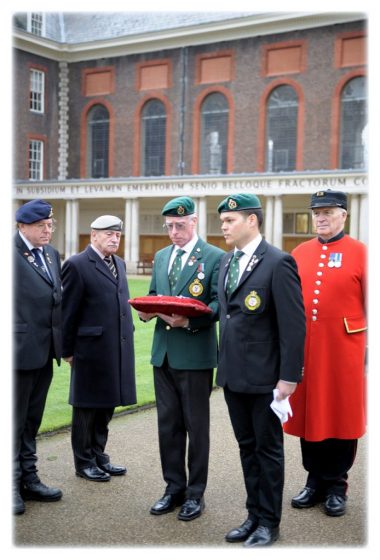 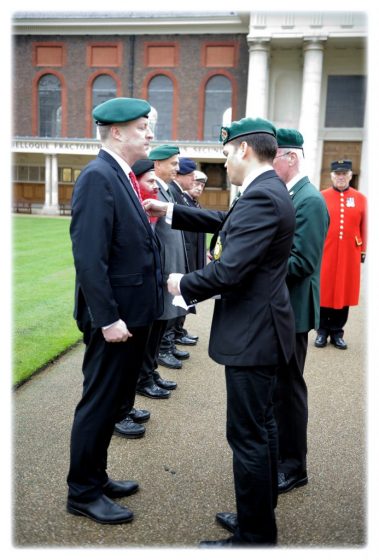 It was an honour to hold the parade on such august ground which was sure to make the occasion all the more memorable for medal recipients and attendees alike.

The day ended with an opportunity to meet members of the RSDGA, Chelsea pensioners, and some Pearly Kings and Queens in the bar over a beer or two.

Attendance at the Observance is a privilege afforded to the SA Legion because of their South African connection. The Royal Scots Dragoon Guards (Carabiniers and Greys) (Scots DG) amalgamated with the 6th Regiment of Dragoon Guards (Carabiniers), who from 1899 – 1902 fought in the Second Boer War and were present at the relief of Kimberley. The RSDG are affiliated to the Natal Carbineers and through this look forward to ‘Saffa’ participation in their annual event.’