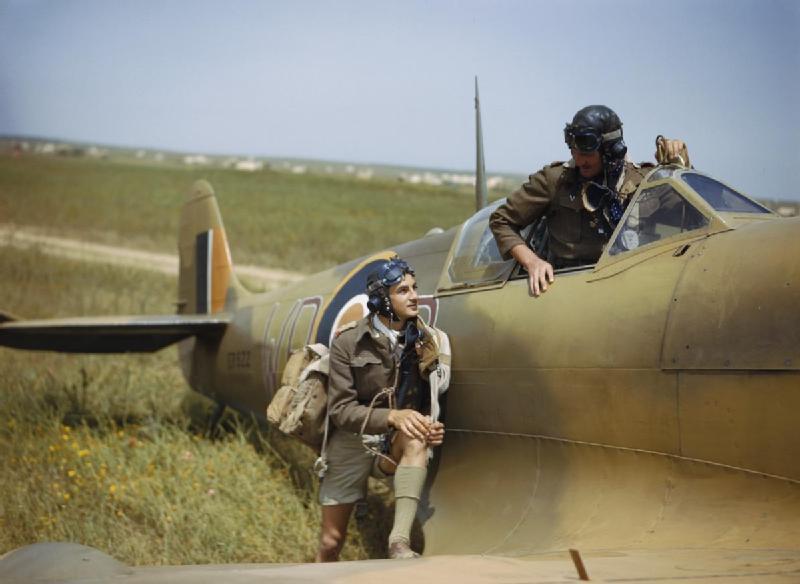 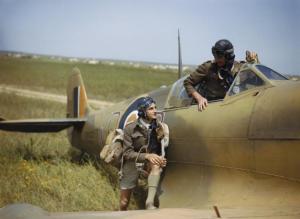 Note the ‘orange’ centre on the roundel marking and orange stripe on the fin flash – this was distinctively South African – all British and other Commonwealth aircraft (Australian, Canadian and New Zealand) in the conflict had a red centre in their roundels and red, white and blue fin flashes.
Image copyright Imperial War Museum Collection.