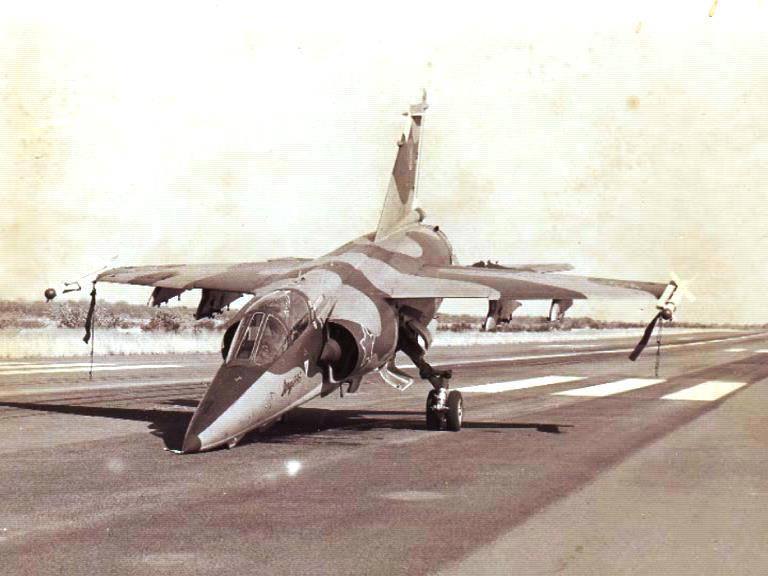 Capt IC Du Plessis landed his badly damaged Mirage F1AZ at Ruacana. The aircraft was damaged by shrapnel from an SAM Missile fired at the aircraft during the bombing of a target. He barely made it to Ruacana with the assistance of Budgie Burgers who was flying a Telstar Imp and guided him in to Ruacana. For saving the irreplaceable aircraft Capt Du Plessis was awarded an Honoris Crux medal for bravery in the highest order.