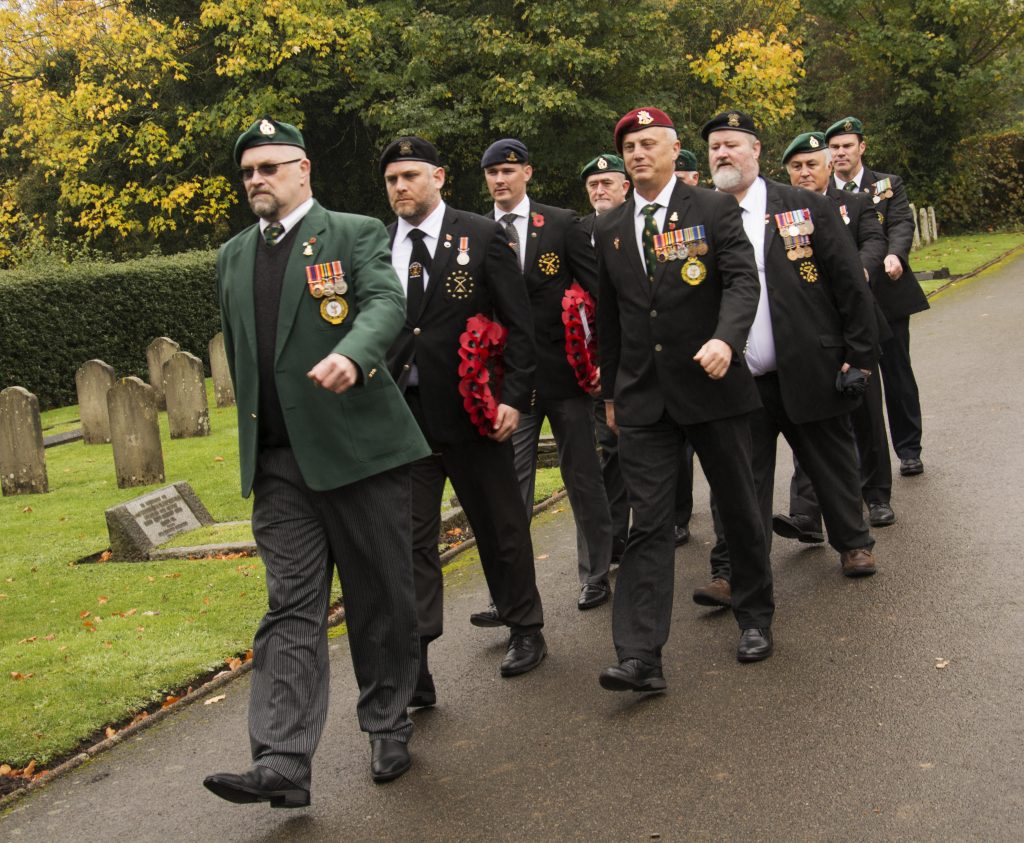 RICHMOND – 11h00 on 11 November 1918 marked the end of hostilities as the guns fell silent in terms of the armistice that ended the First World War. The cream of the world’s young men, and many women, lay buried under, wounded by, or just scattered over battlefields across the globe in what was truly the First World War. 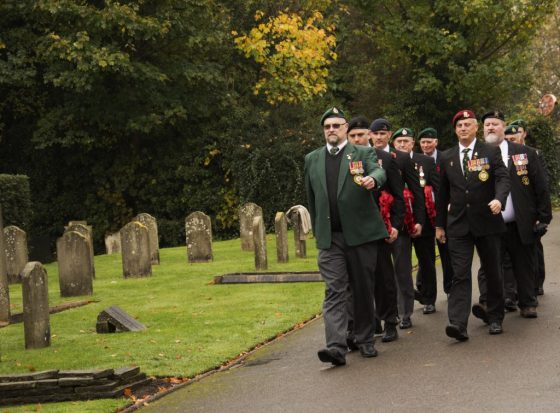 The morning started with a characteristic London drizzle, which obligingly cleared for the ceremony. By chance, a senior veteran of the Royal Marines, bound for another remembrance ceremony he couldn’t find, homed-in on the green SA Legion berets and joined us. 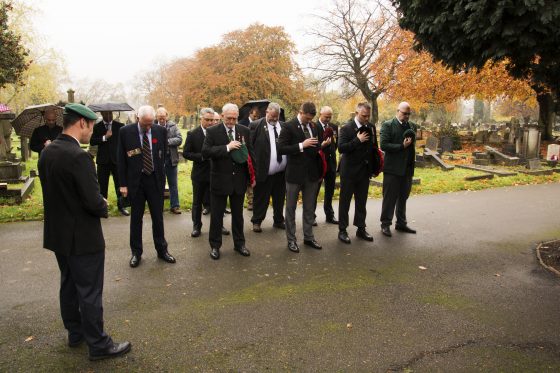 As civilian guests gathered around the Cenotaph, a Guard of Honour of veterans formed-up and just before 11h00, marched past South African war graves from both World Wars to halt, pay respects, and lay wreaths at the South African Cenotaph.

Lgr. Craig Esterhuizen led all present in a moment of solemn contemplation and poignant prayer. Following the observance of Two Minutes’ Silence, the first wreath was laid on behalf of Gazala Shellhole by MOTH Shaun Kennedy. 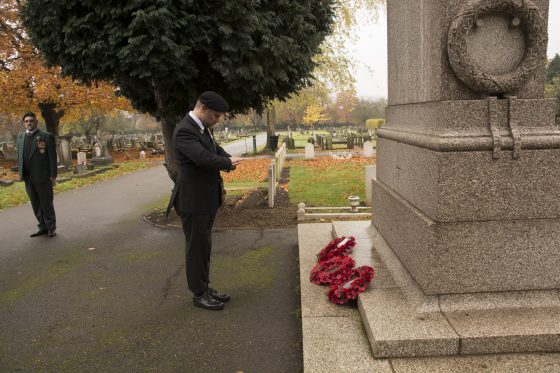 The next wreath was laid by veteran, MOTH and Brother Neil Purdon, on behalf of the contingent from South Africa Lodge. 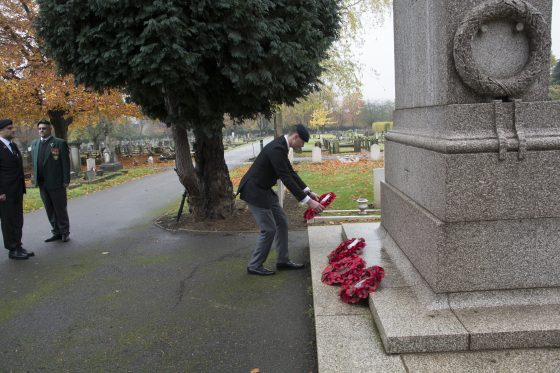 Finally, a wreath was laid by Lgr. Neil Taylor on behalf of the South African Legion (UK and Europe Branch). 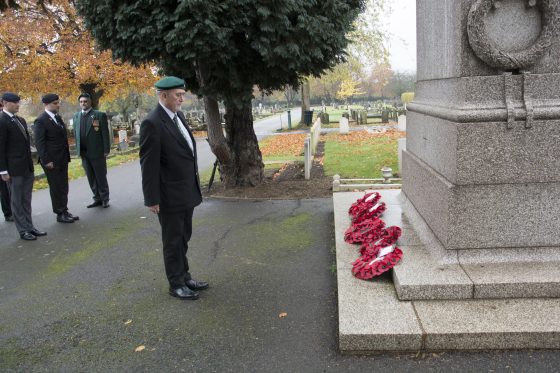 The wreaths joined those laid on September 23 to commemorate the Battle of Square Hill. 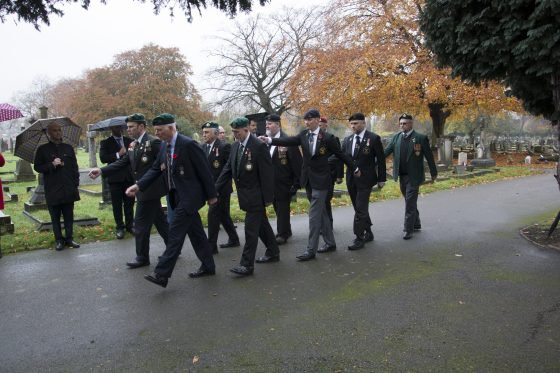 Following the ceremony, participants moved to the ancient White Cross pub on the banks of the Thames.

There we raised a glass ‘to the fallen’. 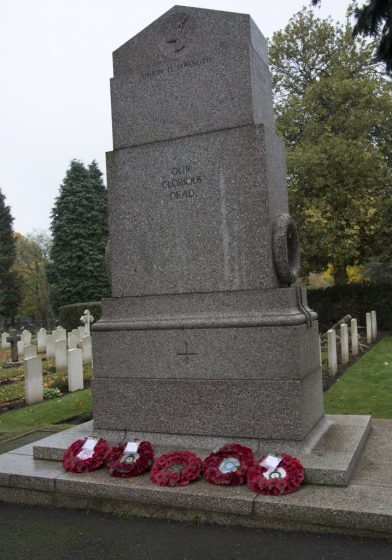 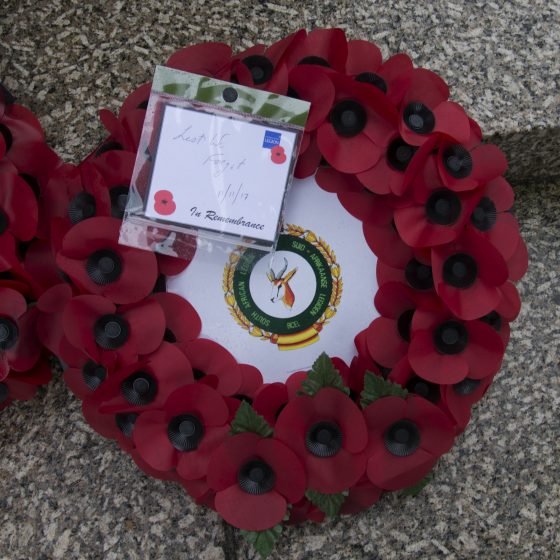 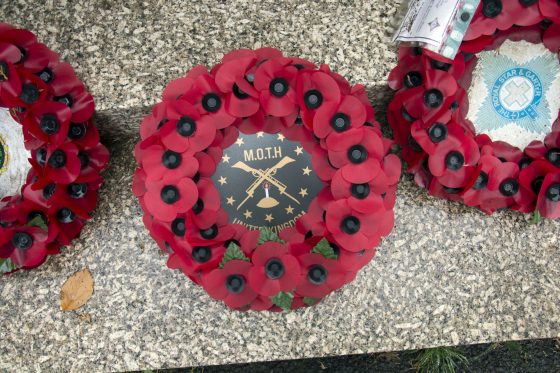 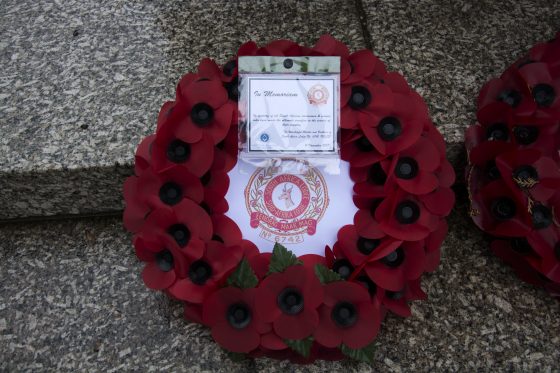