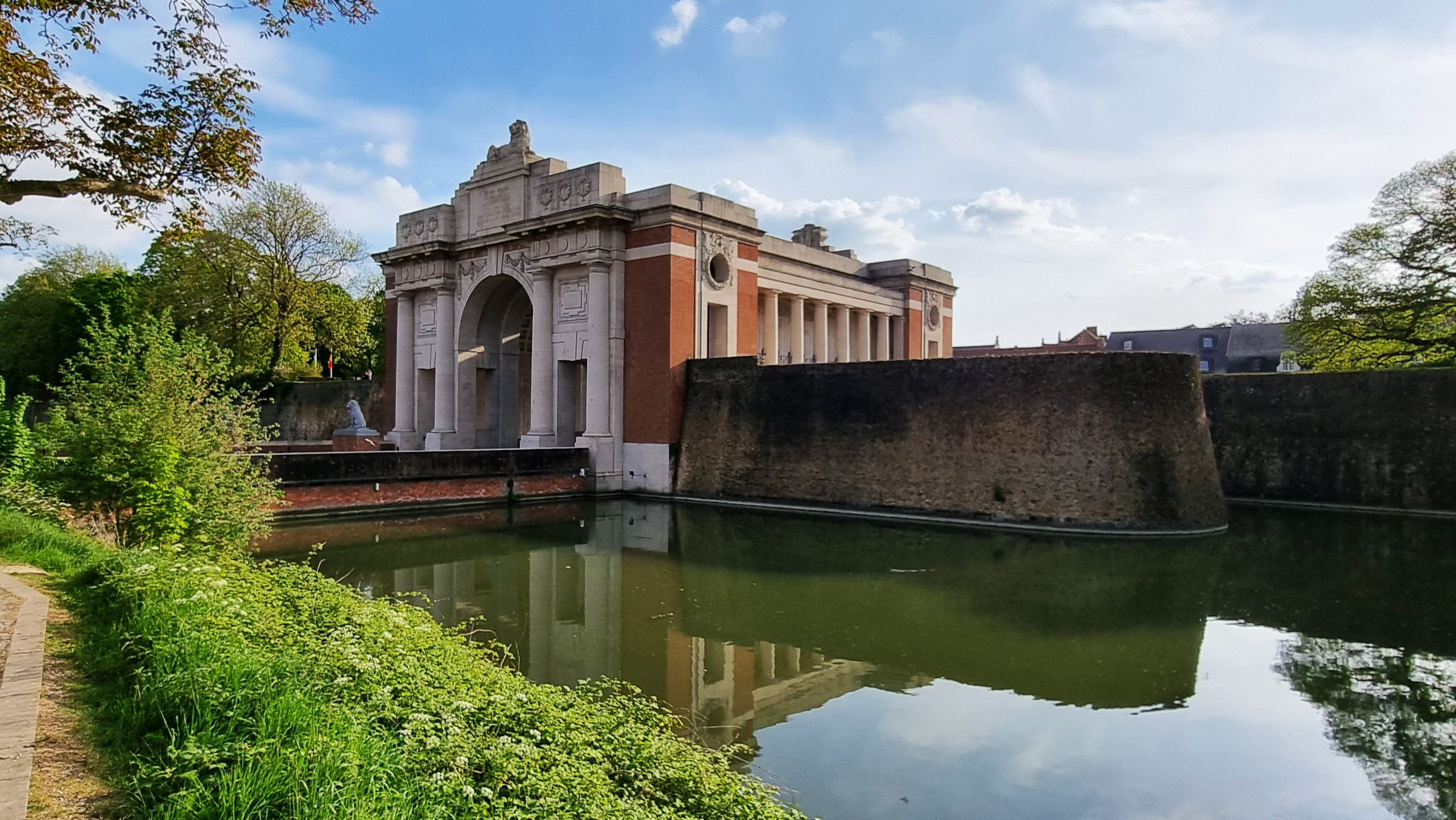 Every evening at 20:00 (CET) sharp, ever since 1928, the solemn and stirringly beautiful Last Post Ceremony has been performed under the Menin Gate at Ypres that commemorates 54,896 British and Commonwealth soldiers, including 564 South Africans, who were killed in the bloody battles of the Ypres Salient during First World War.

11 November, which marks the anniversary of the Armistice that ended the war in 1918, has a special significance in those areas of France and Belgium that bore the full brunt to the destruction during the war.

The city of Ypres (Ieper) occupied a strategic position because it stood in the path of Germany’s planned sweep across the rest of Belgium, and five major battles would be fought in its environs during the war.

November 11 is a public holiday in Belgium, and the city of Ypres organises an annual Armistice Day programme full of events that begin on Friday morning, including the ‘Poppy Parade’, which culminates in a special 11:00 Last Post Ceremony under the Menin Gate.

In the evening, a concert ‘The Great War Remembered’ is performed in Saint Martin’s Cathedral. This concert aims to contribute to the commemoration by turning back time more than 100 years and immersing the audience in the atmosphere of the Great War. Instrumental and vocal music of the highest order, combined with original WWI images make this concert unique. The concert will also be performed twice on Saturday 12 November.

Then, at 20:00, as they have done every evening since 1928, the buglers of the Last Post Association will sound the Last Post under the Menin gate. It is at this ceremony at the close of the day that the South African Legion (UK & Europe) have been invited to lay a wreath.

We invite all Legionnaires, their families, and other interested people to join us for a visit to this historic area, and on this auspicious evening in particular. You are free to opt-in or opt-out of any part of the programme. For planning (possible group bistro dinner) purposes, please let the organiser know via email if you would like to attend, and with how many guests.

If you would like to attend the concert ‘The Great War Remembered’ on either Friday or Saturday, please let us know soonest. Members of the Last Post Association (which includes SAL Europe) have priority to order their e-tickets until 10/07/2022, after which the ticket sales will be accessible to the general public.

Dress:
Legionnaires: Parade Order with medals.
Civilians: Attire appropriate to the solemnity of the occasion.