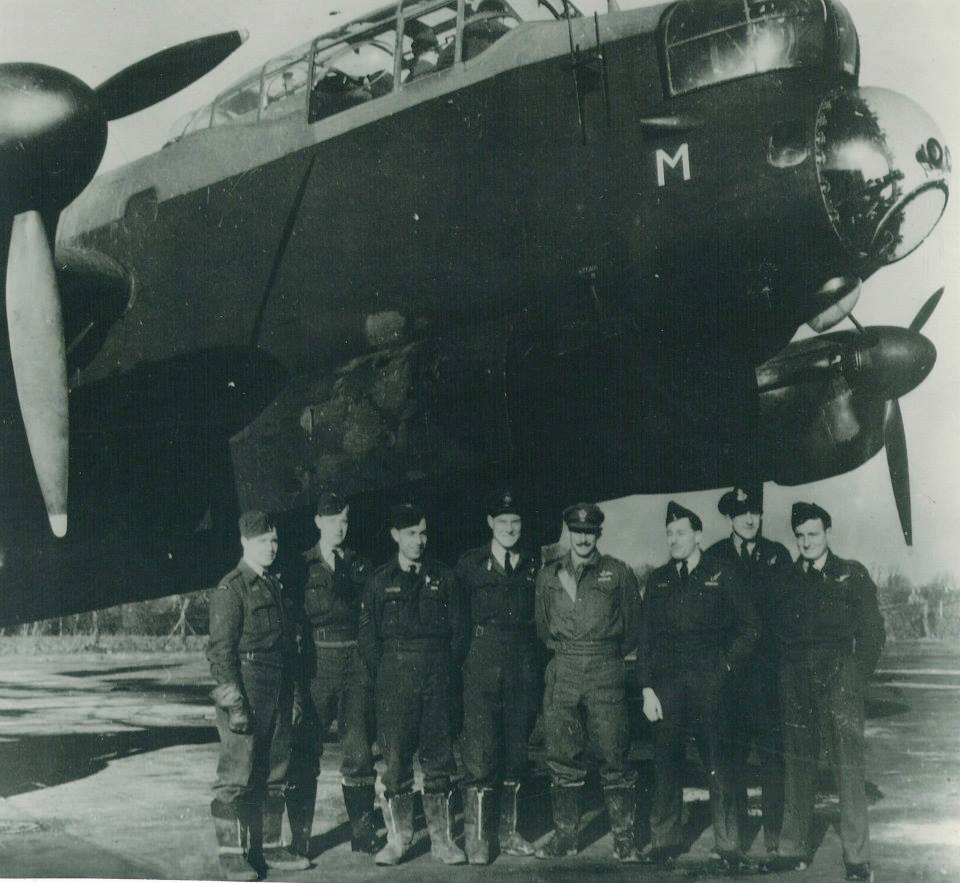 Another notable South African hero and Victoria Cross winner, Captain Edwin (Ted) Swales VC, DFC (pictured in the center with his crew) was born in Inanda, Natal, South Africa, he went to Durban High School (DHS) and then joined Natal Mounted Rifles, seeing action in Africa before he transferring to the South African Air Force and then went onto serve with the Royal Air Force (RAF). In 1945, while with the RAF Pathfinders (No. 582 Squadron), Captain Swales was the Master Bomber and captain of Avro Lancaster III PB538. On 23 February 1945, the very same day as his D.F.C. award was gazetted, Swales led the bombing raid on Pforzheim, Germany.

“Captain Swales was ‘Master Bomber’ of a force of aircraft which attacked Pforzheim on the night of February 23, 1945. As Master Bomber he had the task of locating the target area with precision and of giving aiming instructions to the main force of bombers in his wake.

Soon after he reached the target area he was engaged by an enemy aircraft and one of his engines was put out of action. His rear guns failed. His crippled aircraft was an easy prey for further attacks. Unperturbed, he carried on with his allotted task; clearly and precisely he issued aiming instructions to the main force. Meanwhile the enemy fighter closed the range and fired again. A second engine of Captain Swales’ aircraft was put out of action. Almost defenceless, he stayed over the target area issuing his aiming instructions until he was satisfied that the attack had achieved its purpose.

It is now known that the attack was one of the most concentrated and successful of the war. Captain Swales did not, however, regard his mission as completed. His aircraft was damaged. Its speed had been so much reduced that it could only with difficulty be kept in the air. The blind-flying instruments were no longer working. Determined at all costs to prevent his aircraft and crew from falling into enemy hands, he set course for home.

After an hour he flew into thin-layered cloud. He kept his course by skilful flying between the layers, but later heavy cloud and turbulent air conditions were met. The aircraft, by now over friendly territory, became more and more difficult to control; it was losing height steadily. Realising that the situation was desperate Captain Swales ordered his crew to bail out. Time was very short and it required all his exertions to keep the aircraft steady while each of his crew moved in turn to the escape hatch and parachuted to safety.

Hardly had the last crew-member jumped when the aircraft plunged to earth. Captain Swales was found dead at the controls. Intrepid in the attack, courageous in the face of danger, he did his duty to the last, giving his life that his comrades might live”